By Tom Lane November 20, 2018
Believe me on this. Gordon Hayward has heard the naysayers. Bench Gordon - Bring him in off the bench - Trade him. That has been the conversation. Then we heard Brad Stevens talking about not altering the starting lineup. But he did. 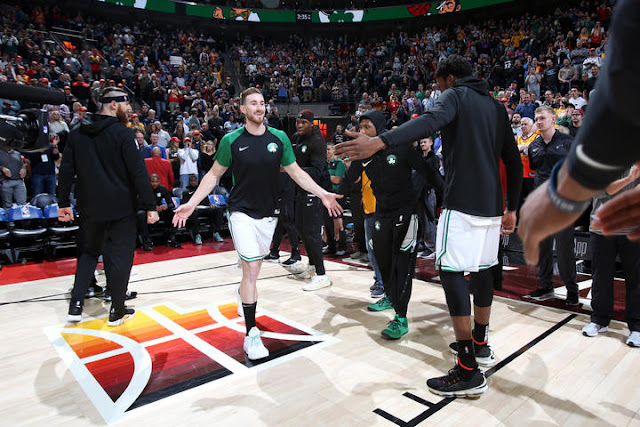 Gordon Hayward should have his minutes restriction changed to 0.
— Pete (@draftcheat) November 15, 2018

Aron Baynes started the game against Charlotte in place of Hayward. It didn't work. Gordon scored only four points in 30 minutes on 1-of-6 from the field. He did, however, pull down eight boards, hand out four assists, while turning the ball over only twice.

Remember all that conversation about no changes in the starting lineup?

Aron Baynes in, Gordon Hayward out.

Baynes in the starting-5 didn't fare any better. He played only seven minutes - scored two points on 1-of-4 shooting and had two rebounds. Oh - and the Celtics lost the game 117-112. My take on this is that Brad Stevens felt (rightly) that Gordon has the maturity to accept a bench role, but the flaw in Brad's reasoning is that the Celtics need a spark and more energy in that starting lineup, and that would be Marcus Smart.

Some fans may forget the mental and physical pain that Gordon endured working his way back from season-ending injury. He told us that he would not be 100%-back all that soon. In CelticsLife, I wrote about Stevens graciously not tweaking his starting-5, also adding that replacing Jaylen Brown with Marcus Smart may be the answer. The team needs a change that will work. Benching Gordon wasn't the answer.