By Tom Lane February 02, 2019
My first question relative to the Unknown Warrior that called Gordon Hayward a liability to his team? Who is that Masked Man? Come forward and let's hear you tell us just how fast you would recover from a foot cocked to the side at a grotesque angle. But with that aside, Gordon looked spry and athletic in last night's win versus the Knicks at Madison Square Garden. 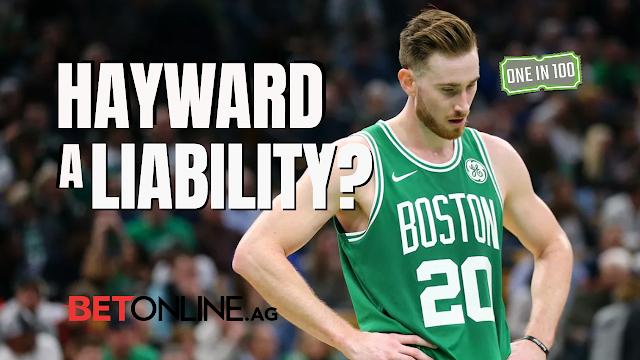 Hayward's sprint down-court and subsequent jam off the lob from Terry Rozier was great to see. He out-distanced everybody - Terry's lob was perfect - and Gordon put a little bit extra into the jam. It was picture-perfect.

For the game, Gordon played 21 minutes and scored 14 points on 5-of-8 from the field and 2-of-3 from 3-point land. He added three rebounds, two assists and two blocks with zero turnovers.

Hayward has been up and down for the first half of the season - some good games and some duds. What he noticeably lacked in the early going were speed and athleticism. He had both back last night.

Without speculating on Kyrie Irving's future with Boston past February 7th and beyond, we have to remember that Boston is loaded with talent, and Hayward is a large part of that. A future with Gordon, Al Horford, Terry Rozier, Jaylen Brown and Jayson Tatum isn't a very dim one. With the Madison Square Garden fans' chants for Kyrie still resounding in the arena, here's hoping he remains with the Celtics - but if not, the Celtics still have a crew that can compete with anyone. They showed that last post-season.

Brad Stevens on Gordon Hayward, who scored 14 off the bench: “He played strong. He played physical. He played with force.”