It isn't merely the fact that Jayson Tatum dominated the Rising Stars Challenge, and then won the Skills Competition during the NBA's All-Star Weekend. It was the WAY he accomplished both. For a 20-year-old only in his second year in the League, this kid has star written all over him. He has extreme confidence and poise, with the talent and skills to back it all up. 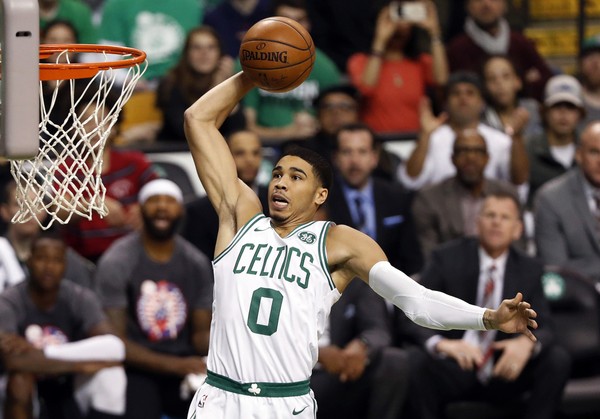 There is a an almost-certainty that Celtics boss, Danny Ainge, will take a serious look this summer at trading for the Pelicans Anthony Davis. And if that does happen, it is just as probable that the Pels will be looking to acquire Tatum in any deal. That should be off the table for the Celtics.

As the Barstool Sports tweet shows, Jayson is cold-blooded. He shows early signs of having that Larry Bird quality in him - meaning "give me the ball in critical situations, and I will come through". Ainge may very well go after AD in July, but Tatum needs to stay in Boston. He should not be be involved in any trade discussions.