By Tom Lane July 17, 2019
During new-player intros, players, coaches and NBA execs usually say all the right things. A short while ago during the the introduction of Kemba Walker and Enes Kanter to Boston, Danny was asked if Tacko Fall had a future with the Celtics. Here is his answer, per NESN's Logan Mullen:

“I think that Tacko is going to have a chance to make the roster, but we’ll see,” the president of basketball operations said. “He’s here working out right now, brought him in for a few days just to have a place to work out before he heads back to Senegal — I don’t think he’s been back there for a long time, six years or something, so there’s some visa work to work out as well. But we see some upside there, we’re excited about him.” 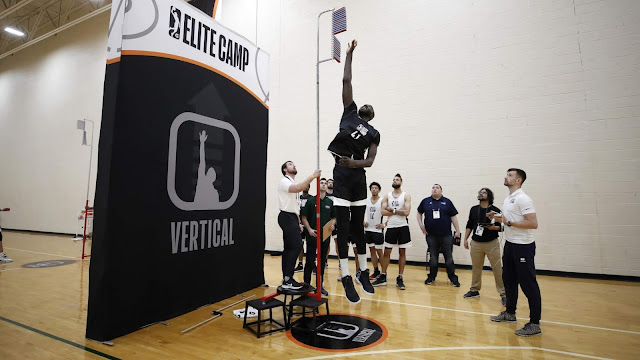 My thinking is that Ainge may wait to fill that 15th roster slot. Fall's next move from his present Exhibit 10 deal may be to receive a cash bonus and head to the Maine Red Claws. That seems the safest route for Boston if that is agreeable to Tacko. Following that, an elevation to a 2-way deal after clearing a spot by signing Tremont Waters or Max Strus to a standard NBA contract could happen. The final step would be moving the Green Giant to the 15th roster slot. With Fall's tremendous size and abilities, Ainge can't take a chance on losing him and watching him blossom on another team. But as Danny stated, "We'' see."