By Tom Lane July 15, 2019
You may remember Joe Johnson who had little more than a cup of coffee before being sent packing to Phoenix. Joe was taken with the 10th overall pick in 2001 and then traded halfway though his rookie season. Joey, we hardly knew ye. 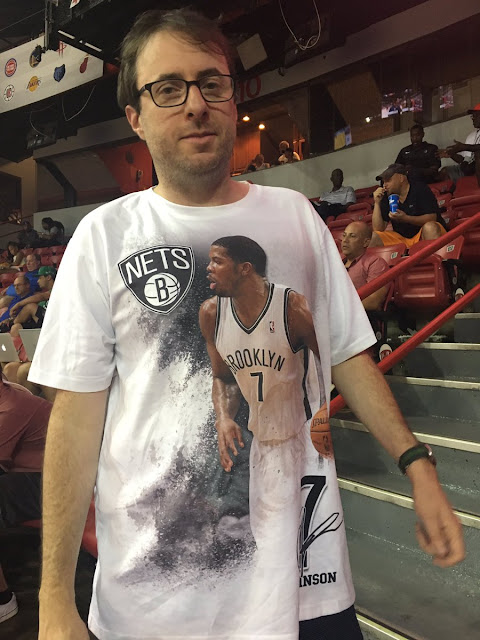 Johnson became a 7-time NBA All-Star, and I blame his errant trade on residue from the disastrous reign of Rick Pitino in Boston, even though he was gone went the trade went down. Joe is now Captain of the undefeated Triplets of Ice Cube's BIG3 League. When you look at the stats from the four BIG3 games thus far, be aware that these 3-on-3 games only go to 50 points.

"Iso" Joe Johnson was, and is, known for his shooting and scoring, but the moniker misses the fact he is a willing passer. In addition to leading the BIG3 in points, field goals and 4-pointers (yes, they have that), he leads in assists. And that isn't new. He averaged 3.9 APG in his long NBA career.

Sending Johnson away so very early in his career was a blunder, but we must remember Rick Pitino chucking Red Auerbach aside and hastily trading away Chauncey Billups - simply creating chaos with our beloved franchise. Pitino resigned in 2001, but the disarray remained for a while. Thus the Johnson trade. Joe still playing at this high level at 38 years of age is another reminder of Pitino's reign in Boston and the havoc it caused.