By Tom Lane July 15, 2019
The stagnation of the Jay Team, Jaylen Brown and Jayson Tatum, last season can't happen again if Boston has a chance to come out of the East in the post-season and fight for a Title. I believe the Jay Team and the new guys in town will thrive, and Kemba Walker is the main reason for that. He has the skills, character and personality to take this challenge on, and that is why Danny Ainge brought him here. 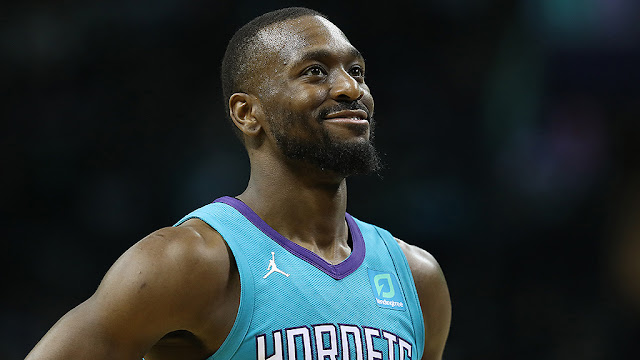 Blame last season's disarray on bad chemistry, clashing egos or simply a bad mix of skills and personalities, but Ainge and Brad Stevens have worked on the remedies, and Kemba is one of them. Making the players around you better is one of the main goals of an NBA star. At least one member of the Jay Team needs a breakout season for Boston to have major success.

And Walker's positive influence doesn't end with Jaylen and Jayson. Carsen Edwards was one of three Summer League participants mentioned in NBA TV's morning broadcast as standouts, with Nickeil Alexander-Walker and Tyler Herro being the other two. Having the right mentor is vital for his success, as it is for the other Celtics draftees.

.@KembaWalker, Let's Do This ☘ pic.twitter.com/wJo8InbX3c

Kyrie Irving's skills were off the charts during his tenure in Boston, but the less-than-optimum mix of players and egos took the team out of contention. Virtually everything has to click with the Celtics this time around, and that always means a bit of luck - an element certainly lacking the last two seasons. Is Kemba a large part of the cure? I think so. We, the fans, deserve a better season. I think we will have that.