By Tom Lane July 24, 2019
There are times when a video speaks for itself, and Max Carlin's mixtape does just that. It is not just Marcus Smart's winning plays that are evident here, but also his intensity - and the uplifting play of Smart's teammates. But I will enlarge on the video with my All-Time-Celtics-Intensity lineup.

Intensity | Definition of Intensity by Merriam-Webster

Definition of intensity. 1 : the quality or state of being intense especially : extreme degree of strength, force, energy, or feeling. 2 : the magnitude of a quantity (such as force or energy) per unit (as of area, charge, mass, or time)

The key word here is "extreme". That would be Marcus. There is nothing half-assed about what he tries to do. It is all or nothing. So who else can we add to our All-Intensity-Five? Here's my team:

I have Cowens at center. He covered Wilt Chamberlain and Kareem Abdul Jabbar as well as any center in the League at the time. He was not going to be overwhelmed by any opponent, regardless of size.

Garnett gets the power forward spot. Practice, pre-season, regular season, playoffs. It didn't matter. Kevin was all-in. Smart takes the small forward spot, even at 6'4". There is almost no player he can't guard.

Siegfried and Ainge take the guard spots. These two guys backed down to nobody. They both were involved in game-time tussles. Larry's squabble with the 76'ers Wali Jones and Danny's infamous "Tree bites man" incident can be viewed below. Ainge had such a reputation for intensity that the press, and many fans, had Danny biting Tree Rollins. Not so. Tree did the biting (per LegendsRevealed.com's Alexander Wolff):

Danny Ainge quote: The booing bothered me at first, but now I just expect it. I know a lot of it comes from my personality. I was booed in high school and college. I’ve just always showed a lot of emotion and played aggressively. Everywhere I go, people think I’m the dirty little guy who bit Tree Rollins’ finger. 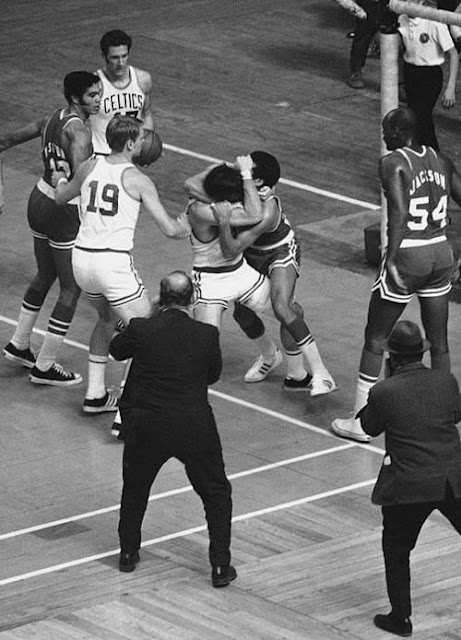 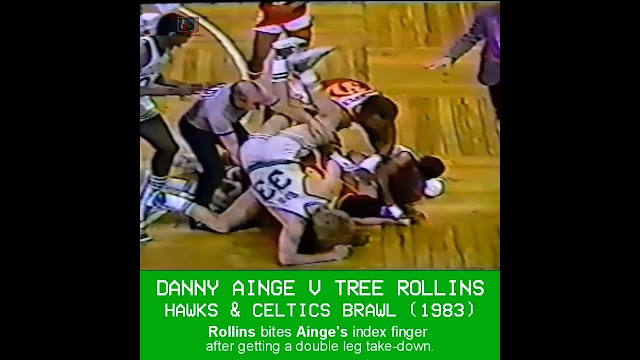