The link between your energy levels, space dust, comets and PQQ

This may sound like an advertisement, but I assure you, it's not. When pyrroloquinoline quinone (PQQ) became available via the Life Extension Foundation, i did a large amount of research on my own and liked the idea of boosting energy at the cellular level. I eventually bought in to the concept and have been taking PQQ for years. 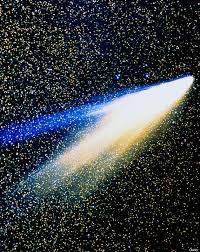 Part of the reason I write about the Boston Celtics and many other subjects is to maintain brain function at least at a reasonable level, in effect keeping the neurons working properly. And now learning about the connection between PQQ, space dust, comets and the beginnings of life only enhances my inquisitiveness - the thing that separates the young from the old.

The entire LEF article is worth reading, but for those that don't, I offer the following via the piece:

FROM SPACE DUST
PQQ is synthesized in some of the Earth’s simplest and oldest organisms, such as soil bacteria. That has led scientists to believe it may be central to the very formation and existence of life on this planet.

This viewpoint is supported by fascinating findings from outer space. Researchers recently analyzed the chemical makeup of dust from a comet’s tail. They found evidence that PQQ is contained in this material.

This startling discovery has led to speculation that the Earth may have been seeded with PQQ from space, contributing to the development of early life.

You can accept or discard these ideas, but I personally find it fascinating. Who knew?