Everybody knows "The Bird is the Word" - he couldn't have been this good - could he?

By Tom Lane August 09, 2019
But, yes he was - he was that good. Larry Bird wasn't quick - couldn't jump - wasn't athletic. But COULD HE PLAY! The highlight reel below is a great reminder of just how good he was. If there was a reward for getting the most out of your limited, God-given assets on the hardwood, he gets my vote. The background so-called music is Surfin Bird by the Trashmen. Try to get through it. And for those that want more punishment, I offer the lower video.

And our writers at @_Celtics_Center were just rambling about Celtics games they have seen and going to The Garden. I was there for the infamous Boston/Philly game where Bird tangled with Julius Erving and Charles Barkley (photo below). Basketball was Larry's life, his dream, his passion. He worked for everything he accomplished. That is why he was so good.

If you last through more than 20 seconds watching the bottom Trashmen vid, you deserve your own reward. Past viewers have complained of getting The Jitters very quickly. 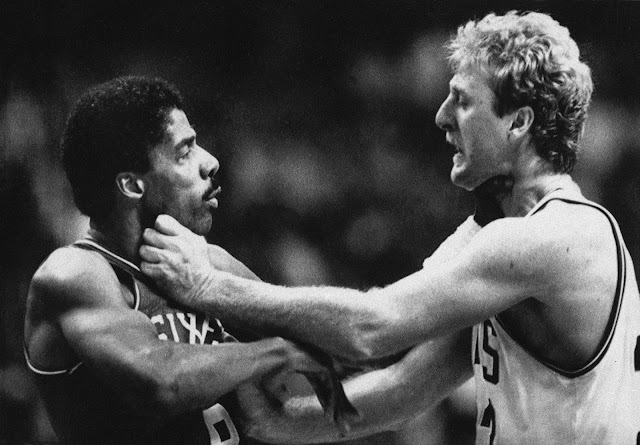