"The Worm", Dennis Rodman, was a weird bastard, but tenacious - a Marcus Smart comparison

By Tom Lane August 03, 2019
Continuing my off-season ramblings, Timeless Sports supplied an idea of a comparison that I may not have considered prior to the tweet. Dennis Rodman was one weird son-of-a-bitch, but he would never give up on a play - as the video below demonstrates.

The most Dennis Rodman clip ever. Absolutely relentless. 💯 pic.twitter.com/ZBB8CXdofN 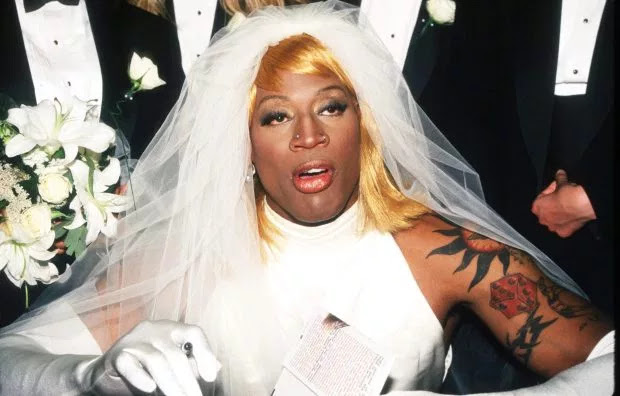 Whether you liked Rodman or not, just remember that he was a 7-time NBA rebounding champ - at 6'7" and 220 pounds. He was a 2-time All-Star, 7-time All-Defense First Team and 2-time Defensive Player of the Year. Quite a resume.

Forget that he termed Larry Bird over-rated because he was white. That was heat-of-the-moment stuff. Wearing a wedding dress? I have no answer for that. The main pont is that "the Worm" never gave up on a play. He was relentless - much like our own Marcus Smart.

I went searching for a video compilation of Smarty's winning plays, and as usual, I found a great one by Tomasz Kordylewski.

There are reasons that Marcus is a favorite with fans and Danny Ainge. He makes winning plays and never gives up on one. He is tenacious - relentless - call it what you will. I just hope to never see him in a wedding dress.