Walker, Brown & Tatum may become a fast-break trio, a reminder of Warriors Run-TMC

By Tom Lane August 01, 2019
Some of my very best subject matter comes from my readers. After viewing David Anthopoulos' comment below, I did some research and found some stats that support what he had proposed. With Kemba Walker at the helm, we may just see more fast-breaking this season.

I believe that Kemba runs and leads the fast break more than Irving does, as Irving seems to like to rely on his sometimes unstoppable (though not against Milwaukee) moves in the half court. Throw in those intangibles like sportsmanship, character, and playing virtually every game in a season (unlike divas such as James, Davis, and Irving), and for me anyway the scales tip in Kemba's favor. I've seen analysis that says Walker just might bring out the best in the athletic Brown, who is at his best when running.

For the 2018-19 season, the Celtics had three players in the top-50 for fast break points. Jaylen Brown was tops for Boston, ranked 27th in FBPS with 3.0/game. He was closely followed by Walker, ranked 29th at 2.9/game and Jayson Tatum ranked 37th at 2.6 fast break points per game. 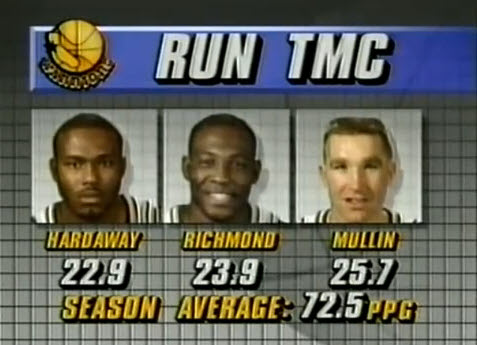