“‘Uncut Gems’ is a crime thriller about Howard Ratner (Sandler), a charismatic New York City jeweler always on the lookout for the next big score. When he makes a series of high-stakes bets that could lead to the windfall of a lifetime, Howard must perform a precarious high-wire act, balancing business, family, and encroaching adversaries on all sides, in his relentless pursuit of the ultimate win.”

Garnett plays himself in the movie, and that figures. He is always himself whether playing on the hardwood or analyzing what goes on there. And now he is once again himself on the movie screen. The Big Ticket seems to be featured prominently in the film, as does a Celtics Championship ring. Take a look.

Kevin Garnett may have gone from superstar to movie star.

I am forever a devoted fan of Garnett, and I hope the movie endeavor works for him. The man is so totally unique. There is no one else quite like him. I give you Exhibit A. 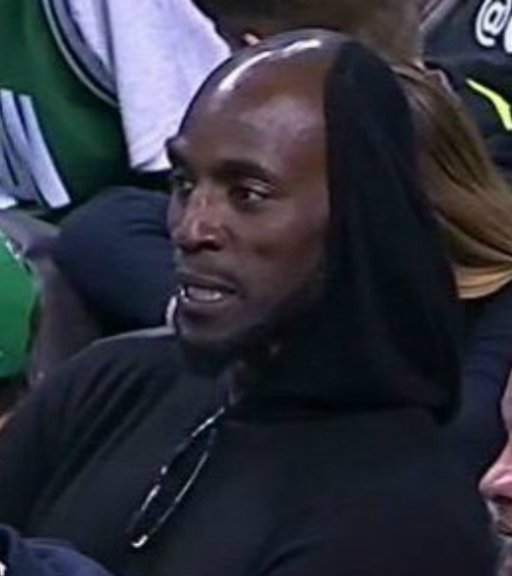 How does that damn hoodie remain in place. Paul Pierce thought it was tape that held it there. Anyway, the question is, can KG make it as an actor. I hope so, but I doubt he can equal former Celtic, Rick Fox. He played many diverse roles on TV and in the movies. Here are some clips.

Former Boston Celtic, Rick Fox, played many roles on TV and in the movies.

I frankly was glad to see Fox do well after the despicable Rick Pitino cut him loose in 1997. Can The Big Ticket equal Fox as an actor. Uncut Gems debuts on December 13, 2019, and well, as KG once yelled, "Anything is possible!"