Boston Celtics: My chance encounter on the river with Larry Siegfried

By Tom Lane September 25, 2019
Former Boston Celtics guard, Larry Siegfried was a 5-Time NBA Champion with the Boston Celtics in the 1960's, and like Gordon Hayward, he wore #20. I was always a fan of Siggy for his toughness and relentless defense. I never thought I would meet him in person, but that happened in the spring of 1972.

I had recently walked away from my career as a Research Engineer at National Research Corporation in Cambridge, Massachusetts, where my scientist partner and I developed the disposable foam ear plugs that are so common today. I took a temporary job as a Game Warden patrolling the banks of the rivers and streams of central Massachusetts.

While walking the along the banks of the Squannacook River in Townsend, I spotted a fly-fisherman mid-stream at a distance and recognized him immediately as Larry Siegfried. His fishing license was visible on his vest, so I told him he did not have to come out of the water. But he did anyway - he wanted to talk.

He had just retired from the NBA and was unsure of his future path, as was I. He seemed quiet and somewhat morose. The high that he felt playing for the Celtics and picking up five Championship rings was in the distant past. He had spent the last two seasons playing for the Rockets and Hawks, but those stints never came close to the euphoria of playing for Boston. 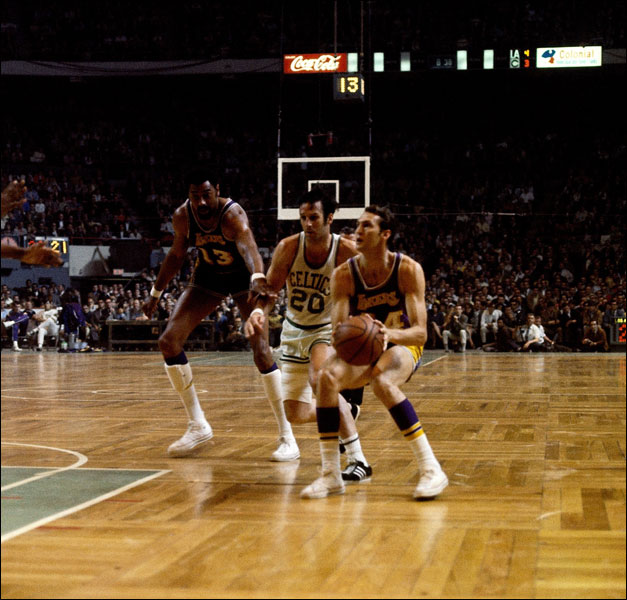 We talked for some time, and Larry showed me the one trout he had caught. We gave each other insights as to our future paths - he went back to fishing, and I continued patrolling the riverside. Siggy went on to become a motivational speaker and later died at the age of 71.

I went on to become a police officer - one day in December of 1987 searching that very same area for a triple murderer that had mercilessly killed a mother and drowned her two children in a bath tub. Prior to his capture, three other people came close to having their lives taken by the fugitive, and I was one of them. But I would not have traded that one day for anything. I had chosen the right path.

Nor will I forget my chance encounter with Larry. I always remember announcer Johnny Most's, "Ziggy's in his shirt" exclamation as Siegfried was guarding the Jerry Wests and Oscar Robertsons of that era. Gordon Hayward now wears that same number-20 for Boston, and Gordon is determined to have a strong comeback from his severe injury in 2017. He has that same mental toughness we saw in Siegfried, so I have no concerns about Hayward's ability to shine. But I wish Larry was still around to see it. Watch for my article on Gordon's comeback later today.