By Tom Lane September 25, 2019
The Boston Celtics have reportedly signed Auburn guard, Bryce Brown, to Training Camp with the 20th roster slot. Brown went undrafted in the 2019 NBA draft, and his signing by Boston would most-likely mean a G-League stint with the Maine Red Claws. 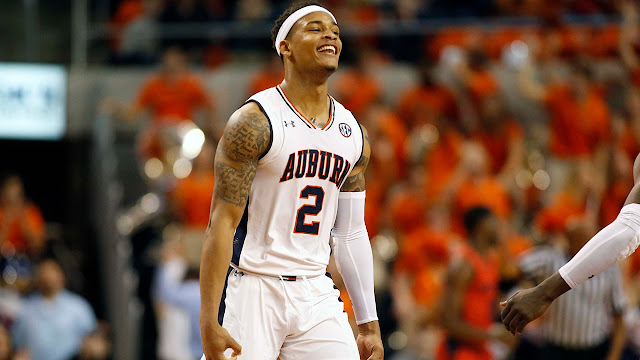 Boston was reportedly signing forward Yante Maten for the 20th spot, but never executed the signing.

The Celtics could still sign Maten, as end of roster maneuvering is common this time of year. Teams angle to get NBAGL rights for players as Affiliate Players. https://t.co/8EGbebPben

At 6'3" and 198 pounds, Bryce projects as a 3-and-D guard. In his senior season at Auburn, he hit 141-of-344 3-pointers for 41%. He also transitioned into a tough defender, averaging more than one steal per game while covering some of the toughest opponents. Yante Maten, who was reported to be taking that final Training Camp spot may still end up on the Celtics G-League affiliate.

Celtics have signed Bryce Brown. Cs will ultimately do some roster gymnastics to stay at the 20-player max in order to make Brown and Yante Maten G League affiliate players, per source. https://t.co/3BLCUOCkbr

Brown's senior-season stats show 15.9 PPG, 2.1 RPG and 1.9 APG. His assists steadily climbed during his stint at Auburn, but he does not yet look ready to take on point guard duties at the NBA level. According to Boston.Com's Nicole Yang, the Celtics are slated to begin Training Camp on October 1, 2019. Preseason begins on October 6 versus the Charlotte Hornets. This off-season has lasted forever - time for it to end.