Celtics could easily be top-5 in rebounds this season

By Tom Lane September 08, 2019
The Boston Celtics lost three of their four top rebounders from last season this summer to trades and free agency. Al Horford (6.7 RPG in 2018-19), Kyrie Irving (5.0 RPG) and Aron Baynes (4.7 RPG) are gone. Jayson Tatum was the Celtics second-best board man with 6.0/game. Gordon Hayward and Jaylen Brown round out the top-5 at 4.5 and 4.2 rebounds per game last season.

Boston had no players in the top-50 for rebounding, and only two in the top-100. The team finished 22nd in that category, grabbing 44.5 per game. But help is on the way. Newly-acquired Vincent Poirier is averaging 5.0 RPG in FIBA World Cup competition with only 16 MPG of floor time. Daniel Theis is averaging 6.3 RPG for Germany in only 18 Minutes/game, while Jayson Tatum is grabbing 7.5 boards/game for the USA in 24.0 MPG.

Enes Kanter is not playing for Turkey in FIBA play, but he averaged 9.8 rebounds per game last season in the NBA in a mere 24 minutes/game. There's more good news. In the last two games by Team USA, Jaylen Brown has been ripping them down. He grabbed nine boards versus Greece and seven against Japan.

Kanter will almost surely surpass Al's 6.7 RPG, even with limited minutes. Ditto for Poirier, so the two big men splitting minutes at the 5-spot should easily average double digits in boards. Kemba Walker's 4.4 rebounds/game come close to Kyrie's 5.0 RPG average from the last season - Tatum's board works keeps improving - and now Brown seems to have made a leap in that category. And Rob Williams is so athletic, he gathers caroms almost by accident. Imagine if he gets more aggressive. Tacko Fall? We haven't heard a word about him in weeks, but he would get rebounds standing flat-footed. 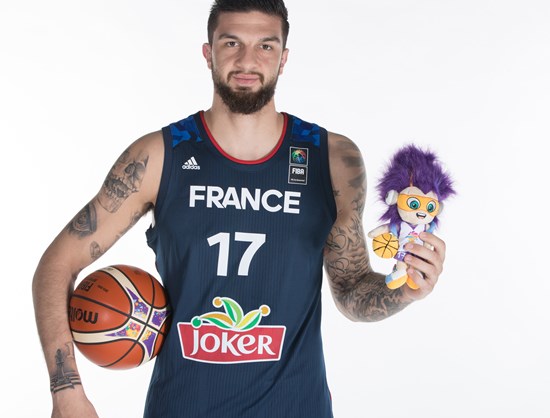 One more thing. Kanter, Theis and Poirier all have terrific offensive-rebound instincts - which can translate to easy hoops in the form of put-backs. Vincent at the age of 25 could end up as starter at center if he continues to improve. He can bull his way to the hoop or catch-and-finish on lobs. He may have potential for both a power game and a finesse play. Just too early to tell right now. So top-5 in boards this season? The Bucks were #5-ranked at 47.3/game - only 2.8 in front of Boston. Piece of cake!