By Tom Lane September 18, 2019
According to the Boston Globe's Adam Himmelsbach, the Boston Celtics will be signing 23-year-old power forward Yante Maten to an Exhibit 10 contract. Maten went undrafted in the 2018 NBA draft and subsequently signed a 2-way contract with the Miami Heat.

According to a league source, the Celtics are signing forward Yante Maten to an Exhibit 10 deal.
Maten was a Heat two-way player last season and averaged 23.5 points and 9.6 rebounds for the Sioux Falls Skyforce.

At 6'8" and 240 pounds, Yante appears to be yet another old-school addition by Danny Ainge. He projects as a small-ball center/power forward who will get most of his points close to the rim. He is not particularly athletic but can hit the occasional 3-pointer and take down his share of rebounds. Playing Brad Stevens' switching perimeter defense will probably be a challenge for him, and he will most likely end up with the Boston Celtics G-League affiliate Maine Red Claws. 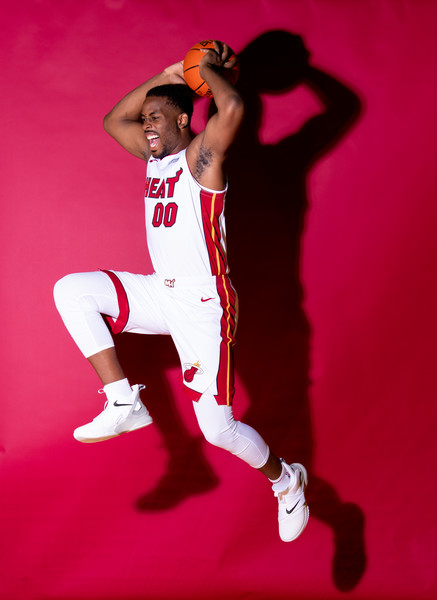 Last season with the G-League Sioux Falls Skyforce, he averaged 23.5 PPG and 9.6 RPG. Unless he surprises in training camp, Maten's chances of landing the 15th roster spot with the Boston Celtics appear to be slim. He will be in competition with Tacko Fall, Kaiser Gates and Javonte Green for that slot.

What is of interest here is that Ainge is once again importing an old-school player into the mix. Current Boston Celtics big-man lineup includes Enes Kanter, Vincent Poirier and Rob Williams. Rob is the only consistent rim protector in the group, but all three centers currently make their living by rebounding and scoring on lobs and put-backs. Maten fits that same mold, and the question is, why didn't Danny go for a stretch big man or another athletic wing or ball handler? That question may be answered in the impending training camp.