Should the Boston Celtics G-League affiliate have a boiled, dead lobster as their mascot?

By Tom Lane September 05, 2019
The Boston Celtics G-League affiliate happens to be the Maine Red Claws. Their mascot is a large red lobster - as in one that has already been boiled to death. Live lobsters are a brown/green color. What was the team thinking? One of my readers, David Anthopoulos, broached this question some time ago, and it got my attention. I even took a Twitter poll on this matter.

Should the Maine Red Claws have a dead, red lobster as their mascot? 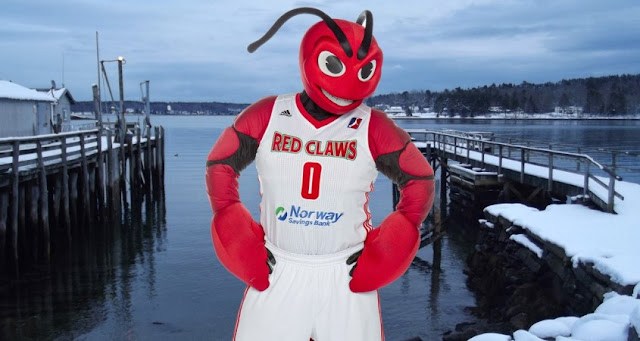 How can 30% of respondents not care about this? The current red mascot leaves the door open for rival announcers to come up with such demeaning statements as:

"Looks like the Red Claws are dead in the water!"

"There was just no life in the Red Claws right from the start!"

See what I mean? It gets worse. According to NewMaineNews.com, the Red Claws mascot, Crusher got tossed back into the sea to breed. I am not making this up!


Maine Red Claws Mascot Seized by Wardens for Being Over the Size Limit
Portland — Wardens with the Maine Marine Patrol have taken custody of Crusher, mascot for Maine’s G-League basketball team the Maine Red Claws, for being too large.

The Marine Patrol said by returning Crusher to the sea, he’ll help ensure a healthy population of lobster for the future.

“This is about sustainability. A lobster the size of Crusher is prime breeding age. He could be the father of a million pounds worth of lobsters over the next decade.”

Crusher was taken to Casco Bay, where he is believed to have been caught, for release.

Last I knew, dead lobsters are incapable of procreation. I am taking another poll. I don't feel our G-League team in Maine should have a boiled, dead lobster roaming the sidelines of a basketball game. Please help me in this endeavor by your vote.

Should the Maine Red Claws have a boiled, dead lobster as their mascot?