By Tom Lane September 26, 2019
When it comes to predicting whether Danny Ainge grants a max extension to Jaylen Brown, most analysts present comparisons to Ben Simmons, Jamal Murrary and Caris Lavert. Simmons and Murray each picked up $170 million/5 year max deals from their teams, while Lavert received an extension of $52 million/3 years. 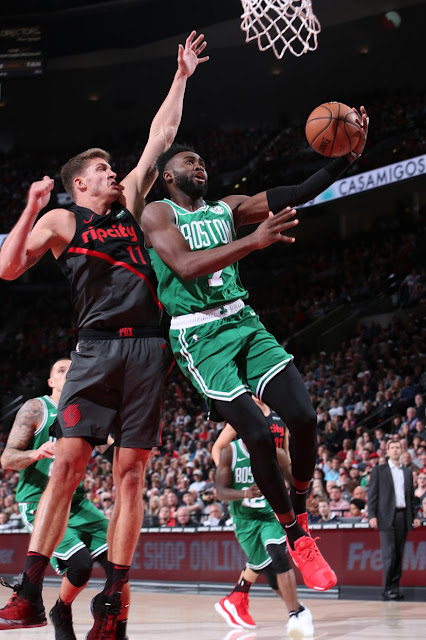 Glancing at the stats for these players, it would seem that a projected contract for Brown would be similar to that of Lavert. At roughly $17 million per year, that would put Jaylen's future salary $5 million/year ahead of Marcus Smart's $12.1 Million deal for this season.

History tells us that Ainge does not favor extending players from their rookie contracts and takes the path of making a qualifying offer and waiting to see what the free agent market presents. Danny did make an exception with All-Star point guard, Rajon Rondo, in 2009. Ainge went right down to the wire before extending Rondo from his rookie deal.

The Celtics have 25 days in which to decide the course on Brown's next contract. I would be absolutely amazed if Ainge went with an extension. Danny will most-likely go the safe route - not grant an extension prior to the deadline - render a qualifying offer at the right time - generally see what Jaylen's season looks like - and look at the offers from rival teams before taking further action.