Carsen Edwards "Quad Lord" mania is on a roll

By Tom Lane October 17, 2019
Not sure I got it rolling, but I meant my tweet about Carsen Edward's quads. As a Personal Trainer for a quarter-century, I have never seen that in any client - or any other guy.

After Celtics practice today, Carsen Edwards - alias the "Quad Lord", was assailed by the media asking about his thighs. Edwards was clearly embarrassed, obviously wanting to move on to something else.

Carsen Edwards was asked about his thighs today. pic.twitter.com/rTdlGOWwl6

@Cboogie_3 , stop the embarrassment. As a Personal Trainer for a quarter-century, I have NEVER seen the like of those thighs. Looks like from our articles, you have a ton of Purdue followers. Great to be lucky enough to have you in Boston. 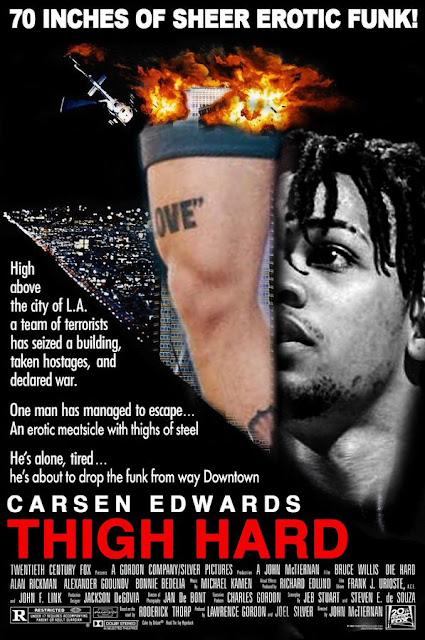 Doesn't end there, folks. We seen or at least heard, the the movie, Die Hard. Well, we now have Thigh Hard. There is no stopping this. It has a life of its own.

I started with "Quad God", but I prefer "Quad Lord" - kind of fits with TIMELORD. Thighs aside, as a scorer, I like "The Sniper" as Carsen's nickname. Any other ideas from our readers?