By Tom Lane October 14, 2019
The Boston Celtics are 3-0 in Exhibition play and two of those wins have been blowouts. What is the main reason? The Celtics now lead the NBA in Defensive Rating and have seven players in the top-50 (2 games or more played).

Daniel Theis leads the pack. For 2-or-more games played, he ranks second in Defensive Rating in the League. He is followed by Jaylen Brown (5th), Jayson Tatum (12th), Marcus Smart (16th), Rob Williams (35th), Enes Kanter (yes, Kanter - 43rd) and rookie Carsen Edwards. Please note that Kanter beat out Al Horford by one place, with Al coming in at #44. That is ironic. 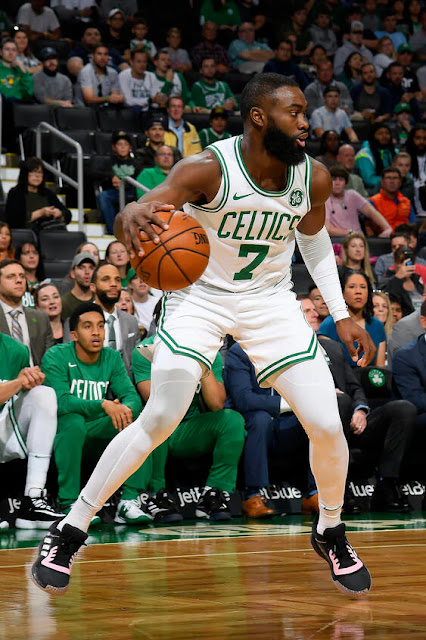 Some quick math. As an average, each of the 30 NBA teams would have 1.7 players in that top-50 - some more, some less. Boston has SEVEN. Am I getting too optimistic? Could be. We were instructed not to have high expectations for this season. I realize this is only exhibition - and only three games - but I am astonished by these numbers.

The real tests will come against real powerhouses! 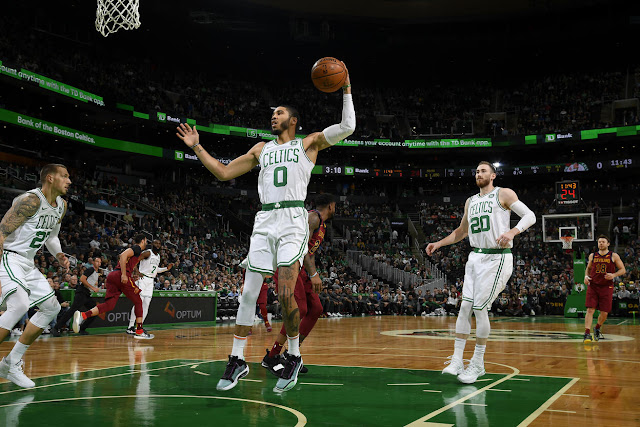 Also realizing that Defensive Ratings have their flaws, but having one rookie (Edwards) and one veteran somewhat belittled for his lack of defense (Kanter) on this list is uplifting. Theis coming in second shows why Brad Stevens has put him in the starting unit. The trio of Brown, Tatum and Smart being in the top-20 shows their progression - and possibly the positive influence of playing together in World Cup Competition. Rob being on the list shows his promise. And he needs a new nickname. I am tired of TIMELORD.

Look for more stories from me later today. Been a great preseason thus far.