By Tom Lane October 13, 2019
The Athletic's Shams Charania is reporting that the Celtics are about to sign Max Strus to a two-year contract. Strus is currently on a 2-way contract, so this signing would open up one of the two 2-way slots.

The Boston Celtics are signing two-way guard Max Strus to a two-year NBA deal, with a partial guarantee this season of nearly half of rookie minimum, league sources tell @TheAthleticNBA @Stadium.

Of course, the first thing that comes to mind is that Danny Ainge may be preparing to sign Green Giant, Tacko Fall, to that 2-way contract, formerly occupied by Max. With this season being only partially guaranteed, there is no assurance that Strus will stick on the Celtics full-time roster. 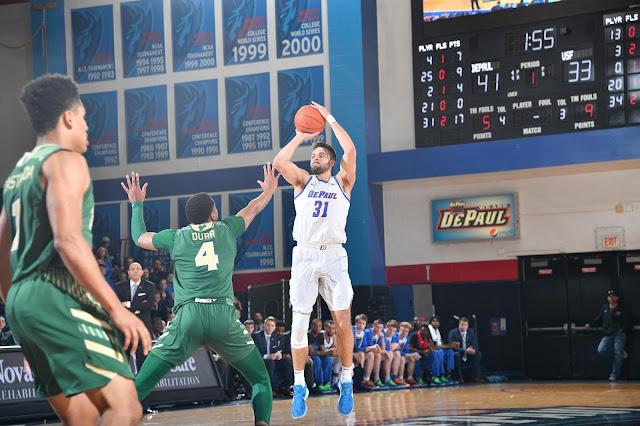 One of my readers made this call more than a week ago in the comment section of one of my articles (per David Anthopoulos):

"...Strus is a useful spot-up shooter who can sit on the bench and then be inserted into a situation where Brad needs need 3 points, I expect Tacko to get Strus's two-way when Strus is added. I believe Tacko's PR value and his attitude have already earned him a spot."

We will await further moves in the next week or so. Danny seems to be covering all the bases - which is only fitting since he once played for the Toronto Blue Jays. Stay with us for breaking updates.

Celtics are converting 7-foot-6 rookie Tacko Fall to a two-way contract, league sources tell ESPN. He will spend most of his season developing with G-League affiliate Maine, but can spend up to 45 days with Celtics in NBA.