By Tom Lane October 27, 2019
It's no wonder the Washington Wizards signed Former Celtic, Isaiah Thomas, to a contract this season. He literally destroyed them in Game 2 of the 2017 Eastern Conference Semi Finals. They could not stop the diminutive point guard as he scored 53 points from all over the court in a variety of ways.

Here's a flashback to Isaiah Thomas' 53-point explosion against the Wizards in the 2017 playoffs. No wonder Washington signed him this season.

Isaiah has not played much since then. He was traded to the Cleveland Cavaliers in the Kyrie Irving deal and has bounced around the League with various teams, and dealt with assorted injuries, since that epic performance.

But he is back, making his Wizards debut in a 124-122 loss to the San Antonio Spurs. Thomas looked like what Boston fans remember - totally healthy and an offensive dynamo. He scored 16 points in only 19 minutes of action on 43% from the field (6-of-14) and 40% on 3-pointers (4-of-10). He added three rebounds and five assists. 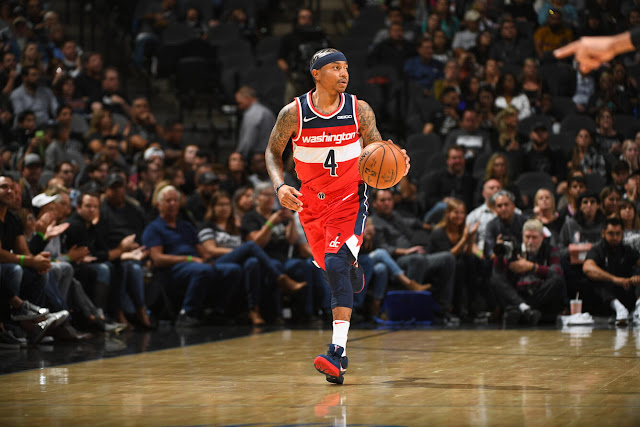 Isaiah always had an edge to him, but for a guy at 5'8" to make it in the NBA, I truly believe he felt he needed that inner toughness to survive and thrive. Welcome back, Isaiah. Stay healthy.