By Tom Lane October 30, 2019
Kawhi Leonard's return to Los Angeles with the Clippers may open the door to solving the murder of his father almost 12 years ago. As a retired Police Lieutenant/Investigator, I realize all too well that in this type of case, there are people walking the streets that know exactly what happened on January 18, 2008. The popularity and public exposure of the Los Angeles Clippers and the front office of Doc Rivers, Lawrence Frank and Jerry West - and Kawhi himself - may just bring this case to a conclusion (per NBA's Shaun Powell):

Mark Leonard was from the South Side of Chicago and raised and lived most of his entire adult life in and around Compton, and people with that geographical bloodline usually carry a gene for detecting danger. His sixth sense did not betray him this day; indeed, the man reached for a handgun under his shirt and aimed.

The first shot sent Leonard stumbling and the employees scattering. He told his wife to run and pushed her toward the office. She did not fall; she stayed steady on her feet, actually, and did as she was told. Her husband was right behind her. Until he wasn’t.

“I ran into the building and when I realized he wasn’t with me, I ran back and stood at the window and watched, and the guy was standing over him and shooting him,” she says.

When the pistol emptied, the gunman turned to her, then turned away and disappeared down the block. At 43, Mark Leonard was a husky man, 6-foot-3 and pushing 300 pounds by his wife’s estimation, a body built from playing football at nearby Banning High School and layered by her tacos. But he couldn’t survive multiple gunshot wounds, not that the punctures discouraged a shaken wife from reacting reflexively after rushing out the building. She collapsed on him, tears mixing with blood, then begged him. 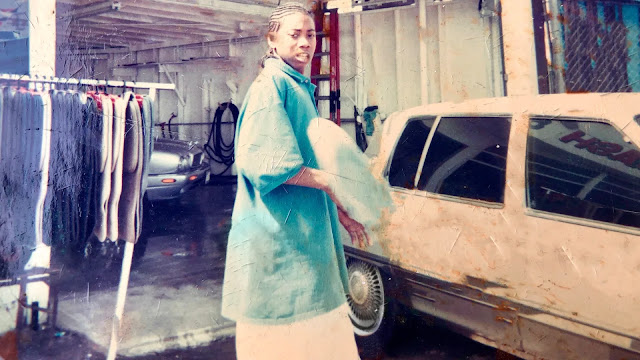 Leonard's return to Los Angeles suddenly makes this 12-year-old cold case a high-profile mystery that can be solved just because, as Powell suggests, Leonard is now an "NBA superstar, savior of the Clippers and future Hall of Famer".

“Kawhi’s popularity can help,” says Shaun McCarthy, a detective in the Unsolved Unit. “He wasn’t famous when his dad died. But even some of the baddest criminals may be sympathetic to Kawhi, who is beginning to do good things in the community. Maybe someone out there says, `I didn’t know that was Kawhi’s dad’ and tells us something. This happens often in high profile cases. Look, it’s all what-ifs and maybes. Maybe someone in trouble with the law knows about this murder and may be more willing to provide that now, knowing it will give him consideration in his case. They may benefit by giving up information.”

McCarthy said the process of interviewing witnesses and exploring new angles has already begun for other reasons he hesitates to divulge, citing the ongoing nature of the case.

“I’ve decided let’s investigate these things,” he said. “We can either put it to bed or maybe solve these things. It’s a long shot, but I’m optimistic we can identify some people.”

Mark Leonard was shot a total of 10 times 12 years ago, and the entire nature of the shooting points to a revenge hit. As cops tell it, "Someone knows something", and take that to the bank. If initial interviews become dead ends, expect a large reward put out as bait for someone in the know to step forward.

The Clippers Kawhi Leonard showed little emotion after the death of his dad, but NBA fans all realize he is like no one else. Never one to get too high or too low after a victory or defeat, Kawhi just used basketball to deal with the tragic event. I, for one, would love to see this case closed, one way or another. People, like Mark's killer, that live a life of violence often die the same way. The murderer may have already suffered the fate of Kawhi's dad. But if not, let's hope he is brought to justice.