Potential starter at center for the Celtics tonight vs. 76'ers is - all over the place!

By Tom Lane October 23, 2019
The center spot for the Celtics opener against the Philadelphia 76'ers remains undecided as of this writing. Is it Enes Kanter against Joel Embiid for Kanter's size and strength? Or is it Vincent Poirier for his slight edge over Kanter for athleticism. How about Rob Williams for even more athleticism? 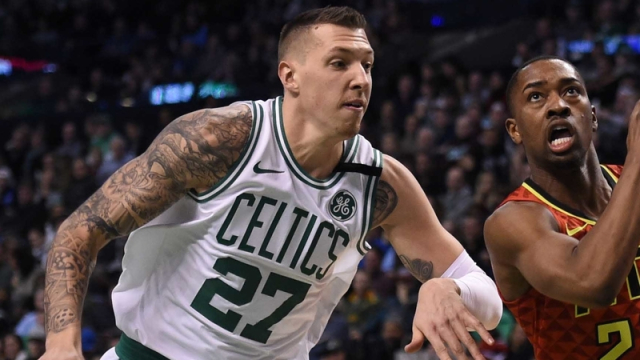 My take is to go with Daniel Theis as starter. Undersized at 6'8", but mobile and a versatile defender. Hell, Brad Stevens needs to give him a shot. Will he get bullied by Joel Embiid? Probably? But Daniel at center can defend the perimeter and he has the quickness to at least stay with Embiid.

And put Enes Kanter at the five-spot on the second unit, along with the wolverine-like ferocity of Marcus Smart. Throw Smart on Embiid for short bursts. I know of no one better than Marcus at disrupting opposing players of any description.

The other starting slots will most likely be taken by Kemba Walker, Jaylen Brown, Jayson Tatum and Gordon Hayward. But who starts this season opener means little. This is still experimentation time for Brad Stevens, particularly at the center spot. But make no mistake, winning this one game is important for the Celtics, regardless of what we may hear. It all starts very soon.