By Tom Lane October 06, 2019
As I expected, the Celtics starters, at least for the first exhibition game later today, will be Gordon Hayward, Jayson Tatum, Jaylen Brown, Kemba Walker and Enes Kanter. What is more interesting is that the true heights of the players, now measured without shoes, are also shown. 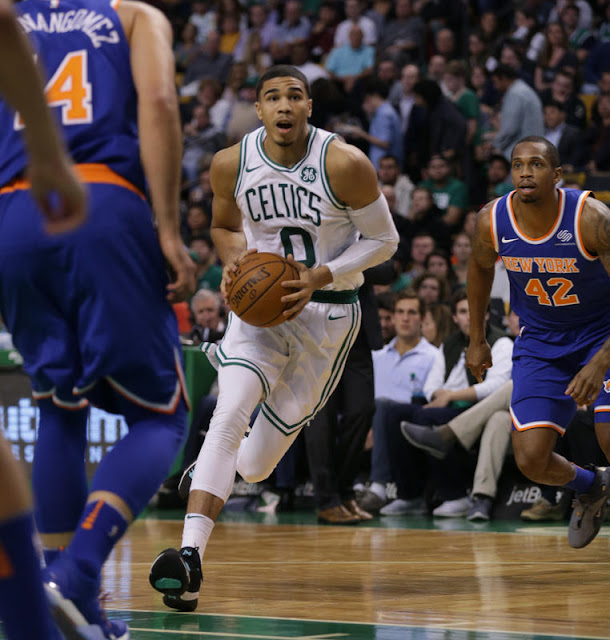 In case you’re interested: @celtics game notes list Walker, Brown, Hayward, Tatum and Kanter as their starting 5 for preseason game 1. Not too surprising. For the latest Pre-Game Live starts at 5:30 tonight @NBCSBoston. pic.twitter.com/sXb325bY2e

Once again, no big surprises with the height numbers. Kemba came in one inch shorter than last season (6-feet), as did Jaylen Brown (6'6"), Enes Kanter (6'10") and Gordon (6'7"). The exception was Jayson Tatum, who came in once again at 6'8", but without shoes this time. So it appears that Jayson may have grown to a solid 6'9" in shoes, as many anticipated.

We await the height numbers for the remaining Celtics players.