The Boston Celtics - A disappointing start to an incredible season 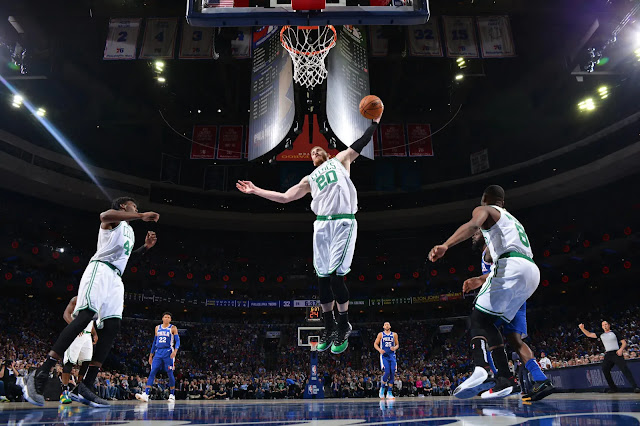 It was disappointing to watch us get stomped but there definitely were some things I liked.  Most of all, Gordon Hayward and Jaylen Brown. These are the two guys I care most about.  Hayward had a very 'under control' look about his game. I really like what I saw there on the offensive end. And Jaylen Brown definitely came ready to play.  F all of the fouls - who cares about that.  Jaylen looked like a guy who gets a $100+ million contract and stays hungry. Heck, he might even be hungrier, and I wasn't sure that would be the case.

In addition I thought Robert Williams showed some ridiculous athleticism and some serious potential. Is it just me or does he look like put on about 20 pounds of muscle during the offseason?  This guy could become a serious weapon any day now.  Grant Williams didn't play much, but the first thing I noticed about him was how he nailed Embiid right in the back to move him out of the post.  That was the type of toughness I need to see.  We didn't have that last year.

What I didn't like was obvious.  To everyone.  So there is no need to write about it.  Kemba and Carsen Edwards are going to be better.  The nerves showed for them both and it is understandable. Daniel Theis however?  That guy makes me nervous.  He doesn't look like a legit NBA player.  Sorry.

Here's the takeaway.  Brad Stevens loves to give all of his guys a chance early on in the year.  It is great for team chemistry, but it makes it tough for guys to find a rhythm.  We will not know what this team is all about until 15-20 games into the season. If you want to stop watching their games until then, go ahead.  In the meantime I will be watching every game and letting you know what you need to know.

This is the year to be a Celtics fan. Get on board. And stay on board.