What do Celtics fans want this season?

What Do Celtics Fans Want?
Serious question.  What do you want from the Celtics this year?  After 2 blowout preseason wins in a row, enthusiasm is starting to build for this team.  Celtics fans are a loyal bunch and it doesn’t take much for us to get to a next level state of optimism.  I’m already there.  But what exactly am I looking for?
The #1 thing I am looking for, I already have.  No Kyrie Irving.  Thank God.  Thank God Almighty.  The stench of that guy was so foul.  Rumor has it that they had to replace the seats at the Garden because the cleaning crew was unable to remove his reek from them.  But now he is gone.  I got what I want and I am happy.  For now…. 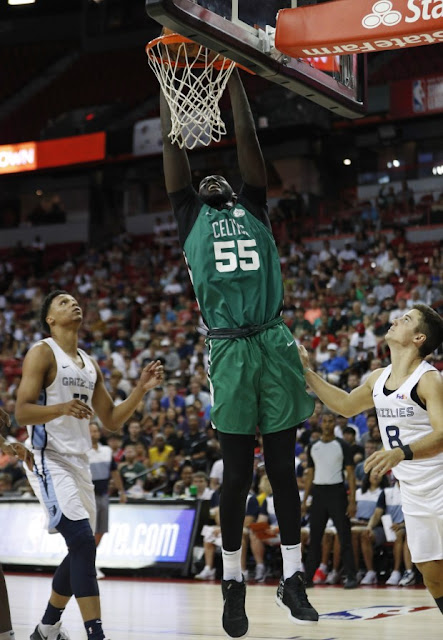 The chemistry of this team looks great, doesn’t it?  The Tacko Fall factor is cool.  It sure seems like this is a great young man who is thrilled to be on the Green Team.  His teammates love him already.  The whole bench is pulling for the guy to get in the game and to do well once he gets in there.  High fives all around.  That’s what I want.  Camaraderie.  Chemistry.  Give me a good group of guys to root for.  I think we’ve got that.
What am I not so sure we have gotten?  Progression.  I mean, I think we’ve got it.  But let’s be honest Green Teamers, we have been down this road before.  We all expected Jayson Tatum to make the “jump” in his second year right?  He was better as a rookie.  So why are we all just assuming that he will be better this year?
Jaylen Brown.  Another guy people are saying is much improved.  Why?  Because he looked good against the Cavs and the Magic?  Not for nothing, but I would have looked good against the Cavs and the Magic.  And Im kinda serious.
Gordon Hayward?  He should be better now that he is a full 24 months from that awful injury.  But will he be?  Maybe he just never gets close to what he used to be.  And how good was that anyway?
Lastly, let’s talk about Kemba.  I love the guy.  His run with UConn in the tourney years ago was a superhuman performance that is one of the greatest sporting accomplishments I have seen in my lifetime.  But the NBA has not been kind to him from a win/loss perspective.  Maybe his Charlotte co-cast through the years has sucked (they have) but Kemba still needs to prove that he can win in the NBA.  Wearing the Celtics jersey does not guarantee success for him.

I was going to end the “progression” question marks there, but before we move on let’s just add in Marcus Smart.  Apparently now he can shoot?  Listen, the guy is my favorite player in the league.  But let’s please tread lightly with these Marcus Smart lookaway threes.  Please.
One last thing I want from this Celtics team? I want Brad Stevens to get a little bit tougher.  Look tougher.  Maybe get a new haircut.  Talk tougher.  Use a Russian accent if you have to Brad, but please stop with the “Aw shucks” type of commentary.  Last year sucked and you owed us fans better.  You could have found a way to challenge Kyrie in the media instead of letting him bulldog you all season long.  Grow a pair.  I mean it in the nicest way possible.  I still think you are the right guy for the job but this is the year you need to prove it.
The whole team needs to prove it.