By Tom Lane November 04, 2019
Celtics fans won't be getting a Romeo Langford sighting in Boston, but they will be in Maine as he is heading there for a stint with the G-League Red Claws. Langford has yet to play in any of Boston's five games this season, and fans are wondering what the real deal is with the 14th pick in the NBA draft. 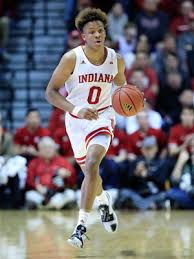 So, the question is, why is Romeo heading for Maine - to get some playing time, or has the team decided he is simply not ready for even limited time at the NBA level? There just seems to be little info coming from the Celtics camp on the status or projected future of Langford. He has been the mystery man since he was drafted.

At least Celtics fans will get some feedback from the G-League on his style, talent and production. We can only hope that his choice at number-14 was a wise one. At least that question will finally have a partial answer.