How do Celtics fill the void created by Kemba Walker's injury?

By Tom Lane November 23, 2019
Following Kemba Walkers head/neck injury last night in Boston's 96-92 loss to the Denver Nuggets, the Celtics will have to dig deep into their limited point guard lineup. Kemba supplies so much for Boston on both ends of the court, and his loss for at least several games is a test of team-resiliency.

The Celtics really do have a shortage of pure point guards. Brad Stevens has used Brad Wanamaker in that role for the last two games, and that has worked fairly well. Most analysts don't regard Marcus Smart as a pure point guard, and I agree. Marcus is not a pure-anything. He calls himself a "stretch 6", and that works for me. All that aside, he is a very good facilitator that takes care of the ball, currently planted in the NBA's top ranking in assist-to-turnover ratio for players averaging more than 24 minutes/game. 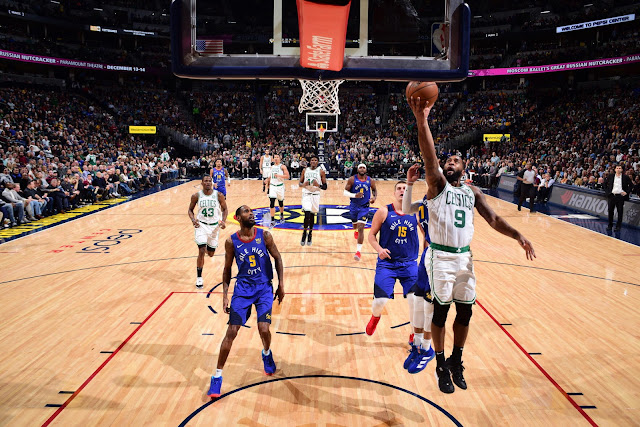 We can expect point guard, Tremont Waters, to be brought up from the G League Maine Red Claws. Waters is on a two-way contract, and the time is right for him to see some time with the Celtics. He is thriving in the G League, but this is an opportunity to see how that translates to the Big League. Even as a rookie, Waters supplies a little bit of Gordon Hayward's craftiness on the hardwood, and does not lack for NBA-level skills.

We may also see a little more of another rookie, Carson Edwards, in that point guard role. Edwards has already logged some time at the PG slot, but it may be his scoring prowess that the Celtics need most from him. But in the end, it will come down to Smart and Wanamaker to pick up most of the slack as Kemba sits out at least a few games. With Boston now missing two of its core guys in Walker and Hayward, things are tough in Bean Town, but the team is built to weather most storms.

Early reports on Kemba's condition are fairly good, but my concern comes from what Marcus had to say about the injury. Apparently, Kemba dealt with a neck issue during Team USA World Cup play this summer. The medical staff will be looking at that history, along with what happened last night, to determine what course will be taken. We need Kemba on the court. A rapid, complete recovery is our wish.