By Tom Lane November 20, 2019
The Boston Celtics continue their road swing tonight against the Los Angeles Clippers. Marcus Smart is nursing an ankle injury and was listed as day-to-day as of yesterday. Being so early in the season, Brad Stevens may elect to sit Marcus out for at least one more game. If that does happen, it is not out of the realm of possibility for guard Brad Wanamaker to take Smart's starting gig. Wanamaker logged 29 minutes off the bench in Boston's last game, scoring 10 points, handing out six assists and picking up three steals in the victory over the Suns.

Swing-man, Kawhi Leonard is listed as questionable for the Clippers while still dealing with a knee issue. Forward Paul George has excelled in the three games he has played this season. In only 24.5 minutes/game, he is averaging 29.3 PPG, 6.7 RPG, 3.7 APG. His shooting has been right on, hitting 56% on field goals, 52% on 3-pointers and 96% from the free throw line. 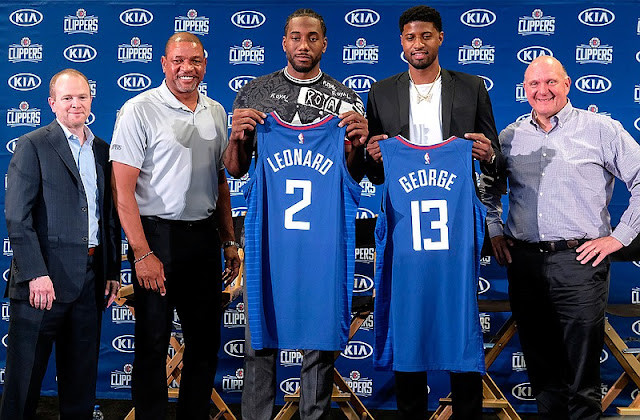 The duo of Leonard and George can be tough to handle for the Celtics, particularly if Smart sits this one out. If that happens, expect the Jay Team, Jaylen Brown and Jayson Tatum, to deal with PG-13 and The Claw. Should be a good game.