By Tom Lane November 30, 2019
Semi Ojeleye's minutes are up over the last 10 games, and he has been supplying more that just intense defense. He was drafted in the second round of the 2017 NBA draft as a 3-and-D guy, but the 3-pointers have been lagging for him. Not so in the last 10 games. 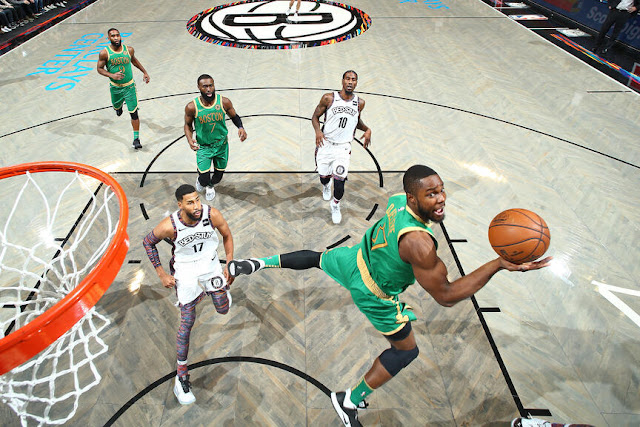 In the 10-game span, Ojeleye is averaging 4.0 PPG on 45.5% from the field and 42.1% on treys. He has connected on eight of his last 19 3-pointers. This trend, if continued, can have significant implications for the Celtics. Boston currently has four players in the NBA's top-50 in scoring. Kemba Walker, Jayson Tatum, Gordon Hayward and Jaylen Brown are all averaging in the vicinity of 20 points/game.

Gordon is expected back from hand surgery in a couple of weeks, and if Semi can double his scoring output to roughly eight points per game with the percentages he has shown over the past 10 games, he could boost his floor time to 18-20 MPG and be part of the Celtics core rotation by mid-season. In the last three games, Ojeleye has averaged 21.7 MPG. There are late bloomers in basketball, as there are in any endeavor. Let's hope we are seeing this fine young man blossom into a vital cog in the Celtics system.