By Jimmy in NH November 08, 2019
The Celtics are the best team in the Eastern Conference.  Tell me I'm wrong.  And you would be wrong.  It is so obvious that the Celts are the best team.  I'm struggling to understand how people don't already know this.

The 76ers, Bucks and Celtics are the top 3 teams in the East.  One of these teams has gotten better since last year (Celtics).  The other two have gotten worse.

Let's start with the 76ers.  They lost JJ Reddick and Jimmy Butler.  If you watched the playoffs last year, you know that Jimmy Butler was at the very least the second most valuable player on their team.  Embiid is a beast, nobody is gonna argue that.  And Ben Simmons is a freight train that is tough to stop when he gets a full head of steam.  But Embiid is clumsy at times and commits turnovers.  And Simmons can't shoot!  Butler is an all around player who is one of the best in the game.  Look at the start Miami is off to this year.  He matters.  A lot. 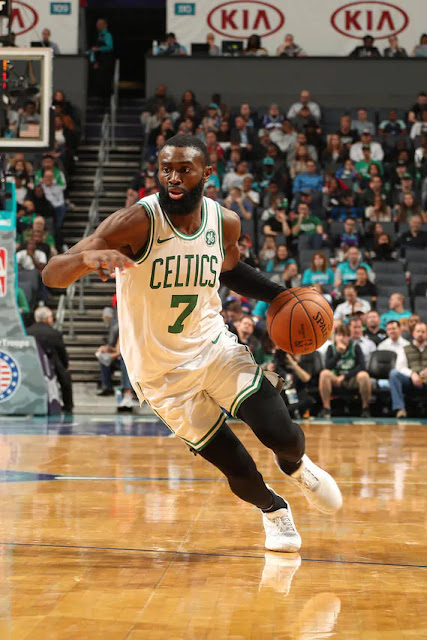 And so does JJ Reddick.  For real, the guy may be in the top 5 shooters in the entire NBA.  I know I have hated playing against him the last few years.  The 76ers are going to miss his tremendous ability to run off a pick, catch and splash with a defender draped all over him.  Simmons can't shoot.  AL Horford is not a great outside shooter.  Embiid plays inside.  When the playoffs come, I whole heartedly invite the Sixers to try to beat us with Tobias Harris and Josh Richardson shooting.  Aint. Gonna. Happen.

Then we have the Bucks.  We already smashed these guys this year.  Just demolished them in the second half when it mattered,  People across the country seem to think it was a coincidence.  Did those people watch how Semi and Marcus dominated Giannis?  Giannis plays one way.  And he uses mostly the same moves.  Marcus and Semi have those moves figured out.  And you know what the #1 tactic is for defending Giannis that nobody else is willing to do?  Stay in front of the guy!  Smart and Semi are not afraid of the contact or getting run over while Giannis puts his head down and goes to the basket.  We have team-first guys who leave it all out on the court.  Giannis cannot beat us by himself.  And we have the matchups at other positions to defend the rest of the the slugs on the Bucks, Khris Middleton included.

I haven't even talked about the Celtics and how much better we are than last year yet.  Kemba is a legit high level weapon who is just working his way in with a new group of guys.  Think he will be better by end of year?  Yeah, me too.  The absence of that turd Kyrie has been such a godsend.  Jaylen, Tatum, Smart, and Hayward all look way better this year than they did last year.  By a mile!  Especially Hayward of course.  He looks like an all star.  Just watch the games and he stands out as a smart ballplayer who can finish.

Come playoff time Rob Williams, Carsen Edwards and hopefully Enes Kanter will all be playing valuable minutes for us as well.  These guys have skills that translate in the playoffs.  Defense.  Rebounding.  Shooting.  And Brad Stevens knows how to use matchups as well as any coach in the game.

How do people not see what I'm seeing?