With upcoming film about Giannis Antetokounmpo, who plays him in the movie?

By Tom Lane November 04, 2019
How does Disney+ find an actor to play the 6'11" Greek phenomenon, Giannis Antetokounmpo. The movie is slated to portray the early life of The Greek Freak - his professional stint in Greece - and his stunning play with the Milwaukee Bucks in the NBA. 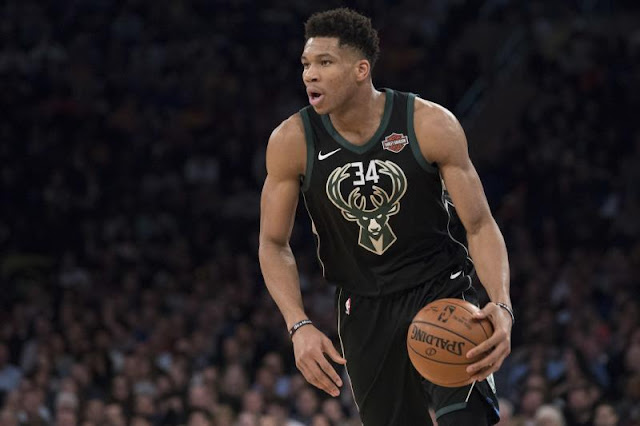 If the film is a documentary, Giannis may play himself in real time or in film clips. If not, how do you find a long, young, black actor with a Greek accent that can actually play basketball with some semblance of basketball skill resembling that of Antetokounmpo? The most-realistic solution may be to locate a young actor in the 6'6" vicinity and surround him with shorter actors for the hardwood scenes. What do our readers think? Let us know via Twitter, Facebook or the comment section.