Brad Stevens admits he doesn't yet have a strong, old-school center

By Tom Lane December 17, 2019
When Brad Stevens admitted that he "doesn't have a lot of guys with that old-school center strength" after his Celtics got bullied by Joel Embiid and the Philadelphia 76'ers, he may have been saying that he doesn't have ANY. Stevens did say his center pairing of Enes Kanter and Daniel Theis had a good offensive outing versus Philly, but he failed to throw out any accolades on the duo's defensive coverage of Embiid.

Well, Brad may actually have one strong, relentless old-school center on his roster, but he is only 6'3" - and that, of course, would be guard Marcus Smart. Who were some of the old-school centers? I will throw out the names of Willis Reed, Wes Unseld and Dave Cowens. Reed was the tallest of the tough trio at 6'9.5". Cowens came in at 6'8.5", and Unseld was an undersized center at 6'7".

They took on 7'2" Kareem Abdul-Jabbar and 7'1", 275-pound Wilt Chamberlain. Reed, Unseld and Cowens were physically strong, but it was their refusal to be bullied under the basket that made them so effective. It appears that Stevens does not put Theis and Kanter into their company as far as strength and determination. 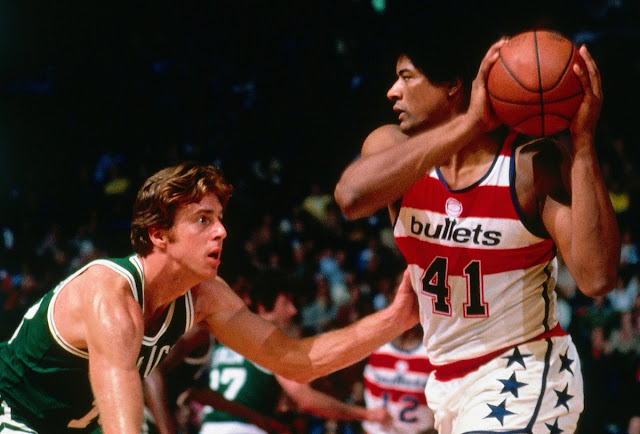 Make no mistake, Daniel has been an anchor in Boston's defense all season, as has Marcus Smart. But at 6'8" and a seemingly-generous listing at 243 pounds, he simply can't - or won't - take on the behemoths like Embiid or Giannis Antetokounmpo. Ditto for Kanter. Marcus Smart? He is deceptively powerful - has a low center of gravity - and refuses to be bullied anywhere on the court. Marcus has had some great outings guarding the bigs of the League, and had he been able to play against the 76'ers (eye infection), Boston may have come away with a win.

With Philadelphia and Milwaukee blocking the Celtics run to the Finals, in the end, Marcus Smart may provide the answer to Boston getting by their two Eastern rivals. The Celtics may not be able to match the size, strength and determination of The Greek Freak and Philly's Embiid, but they can't allow them to "make BBQ Chickin" out of Boston's centers either. I await Smart's healthy return and the next matchup with Philly and Milwaukee.