By Tom Lane December 27, 2019
The Warriors quintet of Stephen Curry, Klay Thompson, Kevin Durant, Andre Iguodala and Draymond Green have been labeled the Golden State Warriors' "Death Lineup" (and Hampton 5) for good reason. That five-some could literally destroy opponents with ease. They combined speed, athleticism, playmaking and scoring, while moving the League in the direction of what is called "positionless" basketball. Durant is now with the Nets - Iguodala was traded to the Grizzlies - but the Celtics core-5 of Jaylen Brown, Jayson Tatum, Kemba Walker, Gordon Hayward and Marcus Smart are now starting to resemble that tremendously-effective Warriors' quintet. 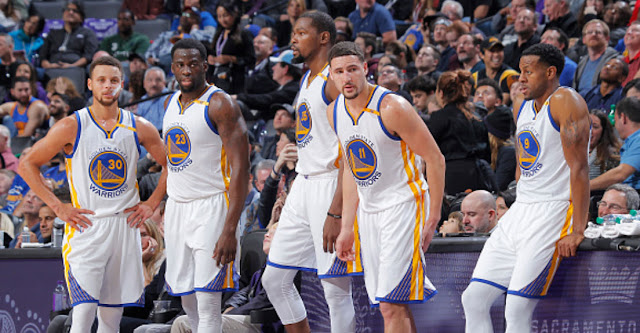 Had Durant not suffered a calf strain and Achilles injury in the 2018-19 playoffs, Golden State may have recorded a three-peat and won their third Title in a row. But the Toronto Raptors took the Finals series and the Championship. But when I compare the Warriors' player stats from that regular season to the Celtics numbers thus far this year, I see some enlightening numbers.

Both quintets show three players averaging more than 20 points per game, and Boston gets the nod on combined points from their core-5 (93.2 PPG for Boston, 87.5 PPG for GS). Boston's core also wins out on rebounds per game (28.2 RPG-to-26.5 RPG), while the Warriors "Hampton 5" gets the nod on assists (23.5 APG for GS/19.5 APG for Boston). By the way, the "Hampton 5" tag came from the other four Warriors players going to The Hamptons to recruit Durant in 2016. 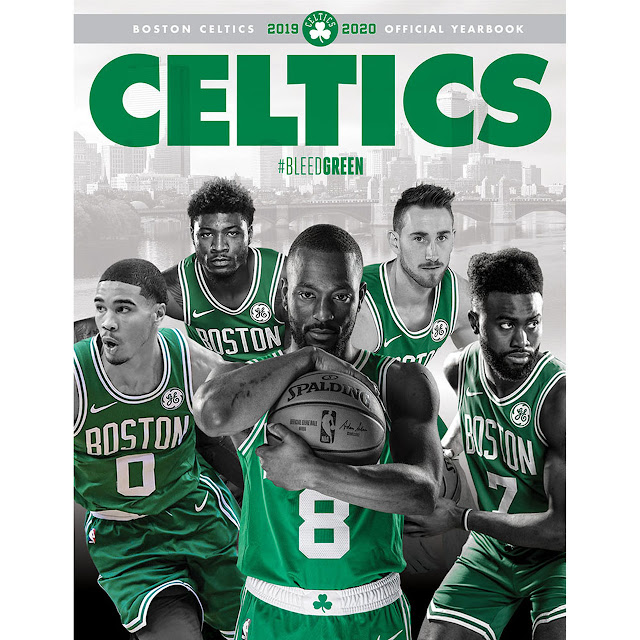 Both members of the Jay Team have surged at the same time - Walker has been an extremely effective replacement for Kyrie Irving - Hayward has put up All-Star numbers when healthy - and Marcus Smart has been indispensable. Like the Death Lineup, the Celtics five-some is small and versatile. They have four volume scorers in Kemba, Gordon and the Jay Team. The Jays have learned to rebound and facilitate this season, and their defense has been stellar. Any one of those four players can be relied on as closers this season, and with the game on the line, all four have the skills and seasoning to take the last shot and make it.

We may never see the like of the "Hampton 5" again, but this season's version of the Boston Celtics may come close. The Jay team and Smart may not have achieved their ceiling yet, and if the crew remains healthy, a clear shot at a Title this season is within reach. If that happens, look for a nickname for Boston's Core-5.