If OKC would bite, Nerlens Noel is a very-low-risk addition to Celtics

By Tom Lane December 18, 2019
In a return to yesteryear, should Danny Ainge look for an agile floor-running, rim-protecting big who can defend anywhere on the floor. Kind of sounds like Bill Russell, but that wasn't my intent. Still, Nerlens Noel just might revitalize his career in the Boston area where he grew up.

We need an upgrade. I’m not sure I want to rely on a big whose best skill is dependent on teammates missing shots. Personally I like Noel

Noel has bounced around the League a bit since being taken with the 6th-overall pick in the 2013 draft. He does match Russell's size at 6'10" and 220 pounds, and avoiding any other comparisons with Bill, Noel can be exciting to watch. He earns $2.0 million this season with the Oklahoma City Thunder and will be a free agent this summer. 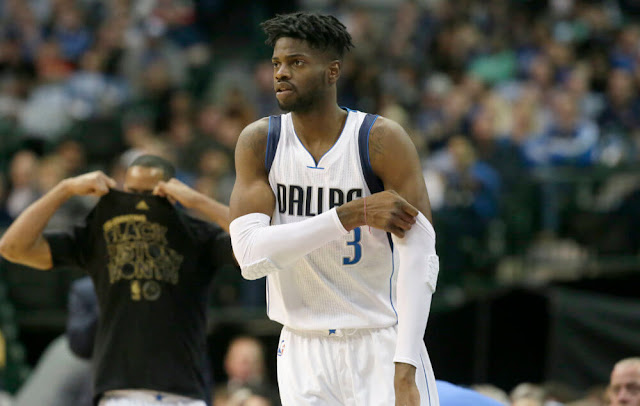 Despite not being a 3-pointer shooter, Nerlens has most of the qualities Danny Ainge likes in a player. He is agile and quick - can rebound the ball - and blocks shots with the best of them. And he hits his field goals at a 64.9% clip. In only 18.6 MPG, he averages 7.6 PPG, 4.9 ROG, 1.4 APG, 1.0 SPG and 1.5 BPG. Conversely, he has no 3-point shot and has a history of being injury-prone. Still, at the right price, Ainge may want to make an offer to OKC in an attempt to bring this youngster (still only 25) back home. Noel comes close to Daniel Theis' profile as far as defense, rebounding, rim protection and perimeter defense, but the duo could exist on the court at the same time in specific situations.

Thus far, Daniel Theis has proven to be Boston's best choice at the center position, and that tells us that another addition with the same skills may be just what Ainge should look for. Bringing in a star, floor-stretching center such as Kevin Love is out of the question unless Danny finds that Gordon Hayward will not re-up with the Celtics for next season. In that case, look for Gordon to be traded prior to the February deadline. All that aside, there is little to lose by inquiring about Nerlens Noel. Bringing him back to Boston may work for all parties.