By Tom Lane December 23, 2019
It is official - and fair! The NBA has suspended Wizards guard, Isaiah Thomas, for two games without pay for purposely entering the stands to confront a 76'ers fan who had directed obscenities at IT. Two patrons had already been banned from the Wells Fargo Center for 12 months due to their actions two nights ago, and the owner of the season tickets had the tickets revoked.

The actions following this incident were quick and decisive. I have always seen Isaiah as a quiet, understated individual. And he handled the confrontation in the stands in the same manner. That may have averted a physical confrontation. The offending patron apologized to Thomas, and security responded immediately to the scene. The Sixers organization ejected the two hecklers and soon banned them from the arena for 12 months, while also revoking the season tickets given to the two fans. The duo was responsible for initiating the confrontation, and the punishment fit the offense. 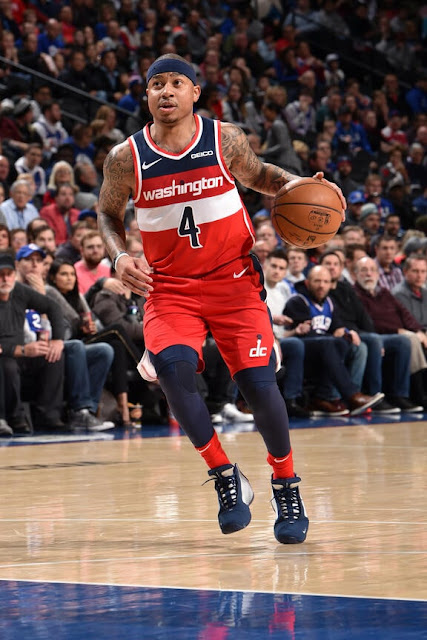 The NBA's action against Isaiah Thomas was also rapid and fair. They could not let his actions go without some type of reprimand. What if a different player with vengeance on his mind had gone into the stands? What if the two boisterous Philly fans were more aggressive? What if security had taken more time to respond? The League wants no repeat of the infamous "Malice at the Palace" fracas, also known as the BASKETBRAWL.

So the main instigator in this saga won't be getting his free Frosty anytime soon. The obscene fan had stated that his actions resulted from wanting a free dessert given to each attendee if a Philly opponent missed two free throws in a row. Isaiah missed the first free throw but made the second to end any hope of a free treat. A 2-game suspension? Isaiah can live with that. He has been through much more than that over the past few years. And he made his point!