By Tom Lane December 10, 2019
Danny Ainge is not known as a mid-season trader. He usually is busy as hell in the summer, but with his Celtics having the third-best record in the NBA (17-5) behind only the Lakers and Bucks, don't look for any major moves prior to February 7. NBA TV's Kevin McHale praised Boston's current squad but added he felt they still needed another quality big man. Ainge will only trade for a big prior to the deadline if he can do so without giving up any member of his 5-man core of the Jay Team, Gordon Hayward, Kemba Walker and Marcus Smart. 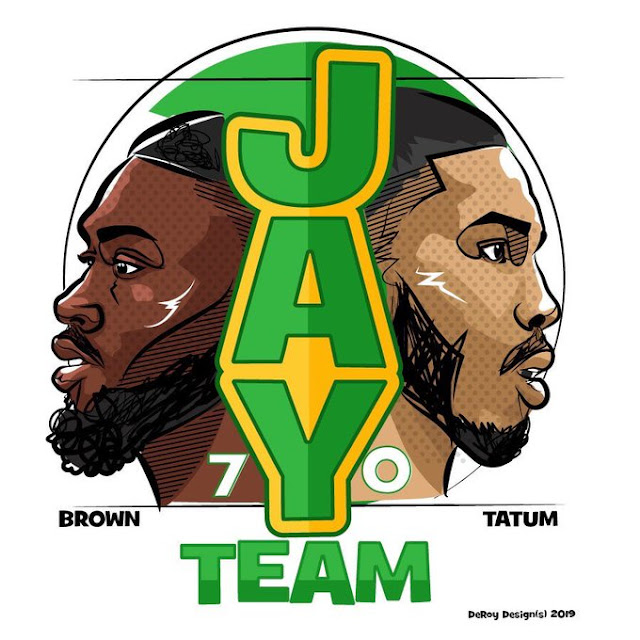 The careers of Jaylen Brown and Jayson Tatum are exploding at the same time. In previous seasons, we looked at them mostly as scorers, with Brown credited with ample defensive credentials. That has changed. They have evolved into serious rebounding wings, and Tatum has developed into a reliable assist guy and a tough defender.

I will use the December 6th game versus the Denver Nuggets as my barometer. It was my first trip of the season to TD Garden, and the game was a thriller. The Celtics took the game by a solid margin (108-95) against a tough opponent, and the Guys in Green had great body language out there. Everything flowed. And this happened without Gordon Hayward back in action yet. That is what got my attention.

Gordon is a versatile, mature, and seasoned player that can be added to any lineup and bring whatever is needed to the mix. That is what he did last night in Boston's 110-88 win over the Cleveland Cavaliers. He had a solid return to the lineup. He started the game and came away with 14 points on 7-of-10 from the field - five rebounds, four assists and one steal - the type of stat line we can expect from him.

How about the Jay Team (I will be using the moniker more now since I came up with it more than two years ago)? They combined for 39 points, 18 rebounds and four assists. These two are truly a team within a team. They don't compete with each other - they work in unison. And Gordon's re-entry to the starting-five went seamlessly. And Kemba Walker? Oh, just the usual line - 22 points, two boards, seven assists, all while hitting 62% of his field goals and 56% of his 3-pointers.

Don't be looking for a Kevin Love-for-Gordon Hayward deal in the next 59 days. As a free agent signee this off-season, Enes Kanter is eligible to be traded as of December 15, 2019, but how do you replace his playoff energy and toughness, not to mention his inside scoring and board work. Daniel Theis? He has been the Celtics best answer at the 5-spot thus far this season. It will take the trade-bargain-of-the-decade to prompt Danny to make a deal for another big man. But don't discount the possibility of a less-than-major deal totally. We are talking Danny Ainge here, folks.