By Tom Lane December 24, 2019
The word is out! Celtics rookie, Tremont Waters is no longer a secret playing for the G League Maine red Claws. Taken with the 51st pick in the second round of the 2019 NBA draft, Waters is drawing a lot of attention from rival General Managers. 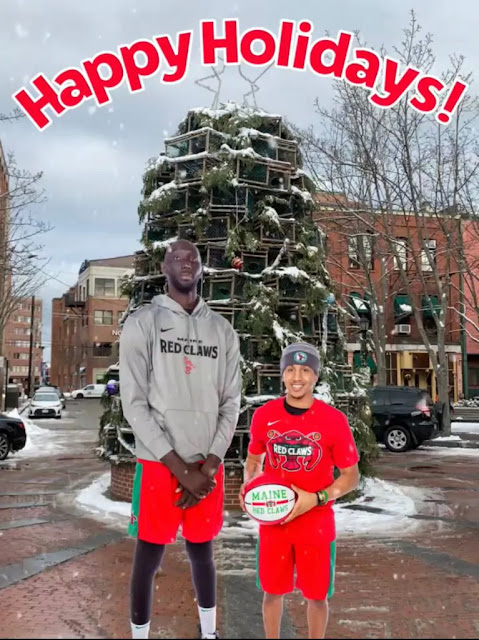 One last name that came up repeatedly talking to front office executives and scouts about the G-League Showcase: Tremont Waters. Water is on a Two-Way with Boston.

"He's an NBA backup PG right now. I told our GM to trade for him, because he's better than what we have today."

Tremont is currently on a two-way contract for the Celtics, splitting time between the Maine Red Claws and the Celtics. Danny Ainge was right on target taking Waters late in the second round - and then locking him up with a two-way deal.

Lastly on Tremont Waters from a scout: "I missed on him. Big time. Thought was too small for our league. But he's tough and fast. I don't know what he'll be beyond it, but he's an NBA backup point guard at least. And that's valuable because everyone plays three PGs a night now."

Boston owns Waters' rights, but the calls may start - if they haven't already - asking about Tremont's availability. The Celtics signing him to a standard contract this season would mean waiving a current player from the roster. Things may get interesting prior to the February trade deadline.