By Tom Lane January 21, 2020
Boston College is scheduled to retire the jersey of Eagles' All-American, Troy Bell, on Saturday, September 25, 2020 in conjunction with BC's game versus Virginia Tech. Bell was taken by the Celtics with the 16th overall pick in the 2003 NBA draft and quickly traded to the Memphis Grizzlies in a deal that brought Marcus Banks and Kendrick Perkins to Boston. Troy later went on to play for seven different teams in the EuroLeague and other locations around the globe. 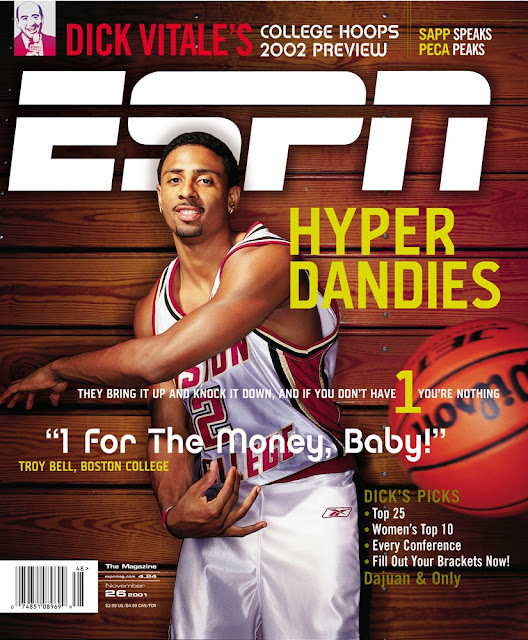 A two-time consensus All-American in 2001 and 2003, (Troy) Bell finished his four-year career at Boston College as the program's all-time leading scorer, with 2,632 points. During that span, from 1999-2003, Bell was the top scorer in all of college basketball, at 21.6 points per game.

Read my upcoming article on Celtics 2003 draft pick, Troy Bell, who will have his jersey retired by Boston College on January 25.

Bell has left the world of basketball for a career as a music producer. We wish him the quantity and quality of production we witnessed watching him on the hardwood. The BC-Vs.-Virginia Tech game starts at 2:00 P.M. on Saturday, January 25, and I will be there with my wife, Linda, and my great grandson, Carson Thomas Lane due to the graciousness of Boston College Sports Properties' Michael Winn and the BC Eagles. We look forward to it.