By Tom Lane January 28, 2020
You be the judge. In his final NBA game, Kobe Bryant had already racked up 59 points and he was at the free throw line in an attempt to reach the 60-point level. Gordon Hayward stepped into the lane, probably to ensure that Kobe would get a second try at 60 points. Hayward later denied making the generous gesture.

Very cool move by Gordon Hayward in Kobe’s last game. I had never heard of this before. It’s a shame it sometimes takes a tragedy for good stories to be heard. pic.twitter.com/ei7SeW74jW 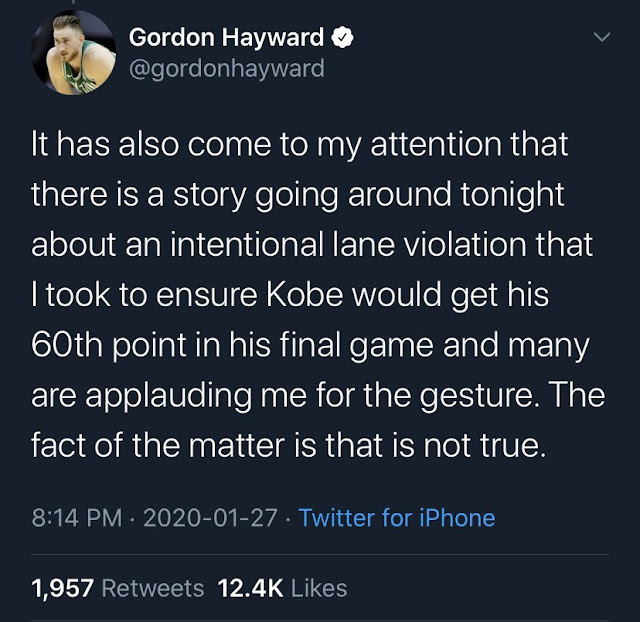 You've seen the video. And you read Gordon's denial. Intentional or accidental? What do my readers think. Gordon gets my accolades for the fine gesture and then denying it so as to not demean Bryant's feat.