By Tom Lane January 17, 2020
Balance has been one of the Celtics main attributes right out of the gate this season. The Jay Team and Gordon Hayward give them three wings capable of scoring 20-or-more points in a game. Ditto for point guard Kemba Walker. That balance has been lost, and injuries have played a major role. 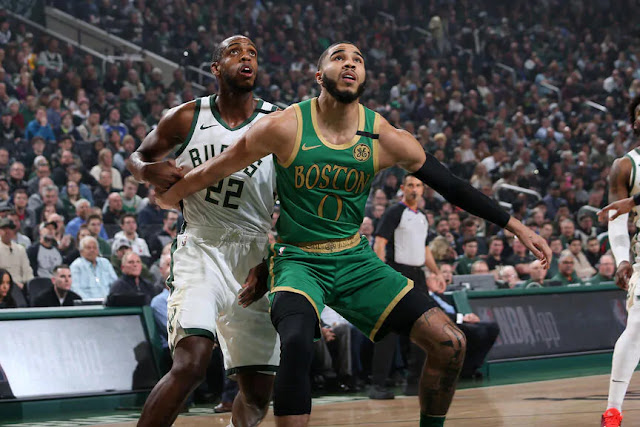 The Celtics have lost their last two games and six of their last 11 contests. Jaylen Brown was out of action last night with a sprained right thumb, and Boston went down to the rival Milwaukee Bucks, 128-123. Jayson Tatum played a team-high 40 minutes - scored 17 points while adding seven rebounds and three assists. But his 8-of-20 shooting on field goals, 1-of-5 accuracy on treys and 0-of-2 from the free throw line may be an indication that the knee issue that kept him out of the last game remains bothersome.

Gordon Hayward's shot was way off in this one. He was a mere 1-of-10 from the field and 1-of-9 beyond the arc. It just may be that the pain from hand surgery persists and rears its ugly head once in a while - like last night. The only positive note regarding the various Celtics' maladies is that the oft-injured Marcus Smart is healthy. In the loss, he produced 24 points, four rebounds, two assists, two steals and one block. He was 5-of-10 on 3-pointers and a perfect 7-of-7 from the charity stripe. 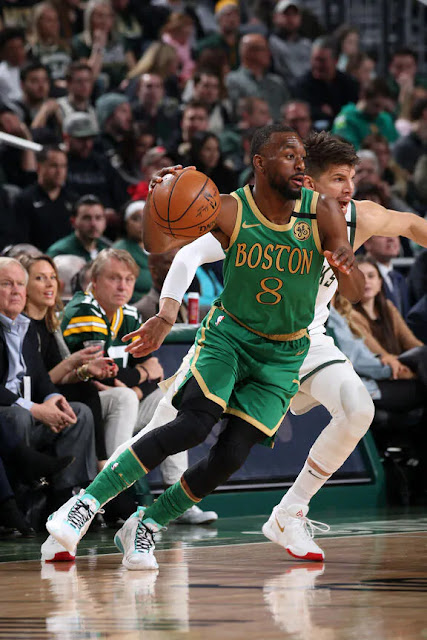 Kemba Walker was all over the place, racking up a potent double-double with a team-high 40 points and 11 boards. Where would the Celtics be without this mini-dynamo? He has been a near-savior for Boston.

The warning signs are up. The post-season usually brings with it at least a few minor injuries, but the specter of mishaps causing multi-game absences is always in the background. Boston has a reliable 2-or-3 man bench, with Marcus Smart, Enes Kanter and possibly - Brad Wanamaker coming off the pine. That won't cut it in the playoffs.

I have broached the path of trading for veteran guard, Derrick Rose and waiting to see what the buyout market produces in the way of a backup wing or big. The Celtics have fine balance in their starting unit, but their bench is too thin for success in the post-season. There are 20 days to the February 6 trade deadline. Danny Ainge needs to get on the phone to find a wily, playoff-seasoned vet that can fit into what Ainge and Brad Stevens have constructed. The balance needs to be restored.