By Tom Lane January 27, 2020
The best way to deal with death and tragic misfortune is to move on from it. The news of Kobe Bryant's death in a helicopter crash yesterday quickly brought back to us his impact on the Boston Celtics. His words to Gordon Hayward after Gordon's gruesome, season-ending injury in 2017 put on display The Black Mamba's growth as a valued member of the human race. 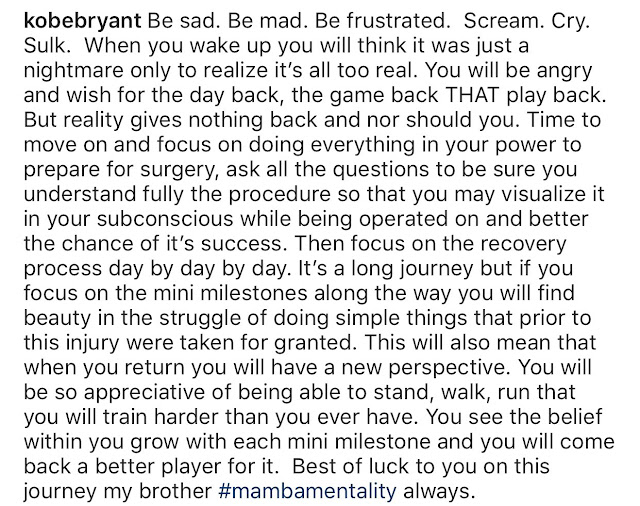 "Time to move on ...it's a long journey but if you focus on the mini milestones along the way you will find beauty in the struggle of doing simple things that prior to this injury were taken for granted. Best of luck to you on this journey my brother #mambamentality always."

Simple words - but very meaningful. These are words from someone who has undergone hardship, some of it admittedly self-caused. Byrant's death at 41 years of age is tragic in itself, but the passing of his young daughter, Gianna, and the other victims in the crash make the incident truly devastating. Remembering Kobe's encouraging words to Gordon Hayward make it apparent how far Bryant had come as a valued member of society. But it makes it harder to follow his advice and simply "move on" from his death.