By Tom Lane January 13, 2020
This is Gordon Hayward's 10th season in the league, and by this summer, he will have earned roughly $140 million in the last six seasons alone. He has a player option for next year that will pay him $32.7 million more if he opts in. The best path for him may just be to opt out and renegotiate a multi-year deal with Boston for significantly less money per year. Here's why. 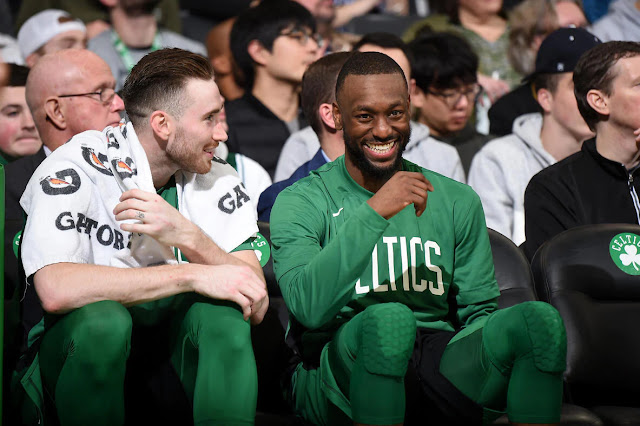 I have spent the last half-century dealing with the wealthy both as a Police Lieutenant and Personal Trainer. Over the years, some have survived, thrived and found near-total contentment. Others have taken their own lives when the rest of the world felt they had everything to live for. But nothing is ever what it appears to be.

More money brings additional happiness - to a point - beyond which more dollars don't make a hell of a lot of difference in the contentment of the individual. Back to Gordon. How much money does a person need to like themselves and the world around them? Hayward doesn't rely heavily on high-level athleticism to succeed on the court, so despite his injury history, he should be able to perform into his mid-30's.

Gordon will be 30 years old in March of this year. A 3-or-4 year deal at a dollar level that would allow the Celtics to retain their current Core-5 of Hayward, Kemba Walker, Marcus Smart and the Jay Team seems the best route for all concerned. It would be a security-over-money decision for Hayward.

Players often leave their teams for fame, fortune or a Title - often all three. Most present NBA players don't remain or depart for the ever-elusive contentment that should be the primary goal. But defining and finding happiness in such a troubled world is a difficult task. Sufficient money definitely brings gratification and satisfaction, but beyond that, the level of contentment doesn't rise much with an additional influx of dollars. We'll know more about Hayward's contract situation come Fenruary 6, the trade deadline.