By Tom Lane January 31, 2020
The NBA coaches have spoken, and the seven reserves from the Eastern Conference slated to participate in the 2020 All-Star competition have been chosen. The Celtics Jayson Tatum was voted in as a wild card, while his teammate - and fellow Jay Team member, Jaylen Brown was snubbed. Kemba Walker had already been voted in as a starter for The East, and now Jayson will be joined by fellow-reserves Ben Simmons, Domantas Sabonis, Jimmy Butler, Kris Middleton, Kyle Lowry and Bam Adebayo. 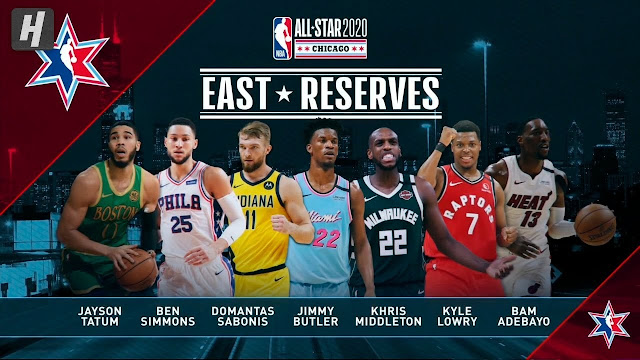 Jaylen Brown missed the cut despite averaging 21.5 points, 6.9 rebounds and 2.9 assists, and we’ve all seen him take over games this season when needed. Perhaps three Boston Celtics on the All-Star squad would’ve been too many.

This is Jayson's first All-Star appearance, but it won't be his last. He should ultimately be joined by his partner, Jaylen Brown. But for now, Celtics fans should be excited by Jayson's choice by the NBA coaches in only his third year in the League. He is on his way to stardom.