By Tom Lane January 07, 2020
Celtics rookie Tremont Waters took to the court for only seven minutes in the Celtics 99-94 loss to the Wizards last night, but he made the most of them. He put up eight points and assisted on a Grant Williams' 3-pointer. The youngster just knows how to get opponents off balance in order to get to the hoop and score. He almost always seems to be in control. 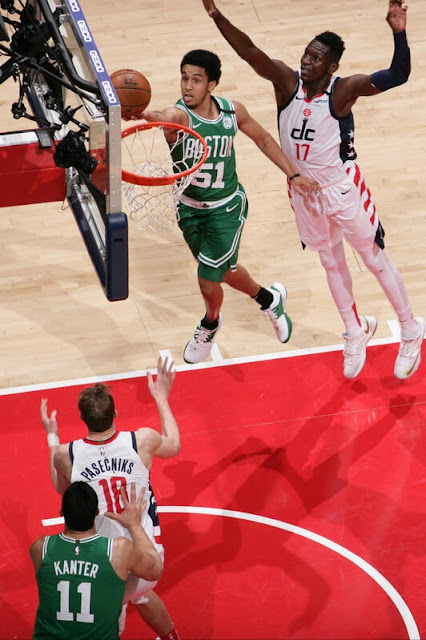 “Tremont is just a bucket-getter ... When you put him in the game, he’s always looking to make something happen, and usually he does.”

On a night when our offense struggled, rookie Tremont Waters proved to be a bright spot.https://t.co/SpNe0VO6nI

Waters is perfectly capable of hitting the long ball, but he often takes the hard road - driving into the pack to put up a shot attempt or get the ball to a teammate. He can be difficult to stop (per NBA's Taylor Snow):

Waters scored six points during the final 4:30 of the third frame, which helped Boston to cut a seven-point deficit down to two entering the final quarter. He dropped in two more points early in the fourth quarter, and also assisted on a Grant Williams 3-pointer.

What was most impressive about the 5-foot-10 point guard’s scoring was that all eight of his points were produced via hard drives or cuts to the hoop. He would utilize jab-steps and up-fakes to throw his opponent off balance beyond the arc, before taking off like lightning and finishing acrobatically among much taller defenders.

“Tremont is just a bucket-getter,” said (Jaylen) Brown. “He comes in, he’s super talented, he’s super skilled, he’s the smallest guy on the court, but probably one of the skilled guys on the court. When you put him in the game, he’s always looking to make something happen, and usually he does.” 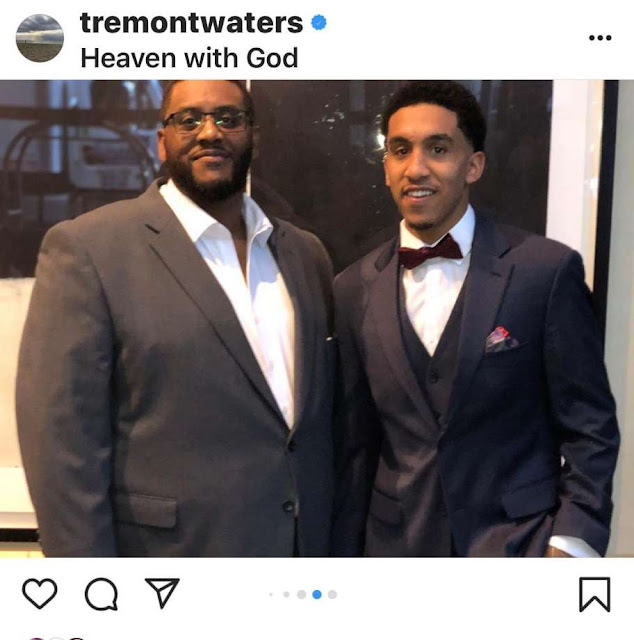 As I have written in the past, "super skilled" defines Tremont. But there is more. There is a place for him at the NBA level, and that very well could be with Boston. I envision him with a standard League deal by next season. Tremont will always carry the horror and grief surrounding the suicide of his father this past summer. His dad would be proud of what his son has accomplished - and the man he has become.