Sixers woes continue as the well-oiled Celtics machine rolls on

By Tom Lane January 04, 2020
The strangely-constructed Philadelphia 76'ers have now lost four in a row after their 118-108 loss to the Houston Rockets last night. Their 23-14 record ranks sixth in the Eastern Conference, behind the Bucks, Celtics, Heat, Raptors and Pacers. This is not where they were projected to be almost halfway through the season.

Philly has size, rebounding (11th in NBA) and passing (3rd in assists in NBA). What they don't have are long-distance shooters. They rank 26th in 3-point attempts and 23rd in made-treys. And they are 24th in percent of points from beyond the arc. With point guard, Ben Simmons, running the show, their offense is very effective. But when things slow down, the 76'ers falter. Their most-effective 3-point shooters may be the big-man duo of Joel Embiid and Al Horford, but they rank 10th and 12th, respectively, for 3-point percentage ON THE TEAM. That just doesn't make sense. 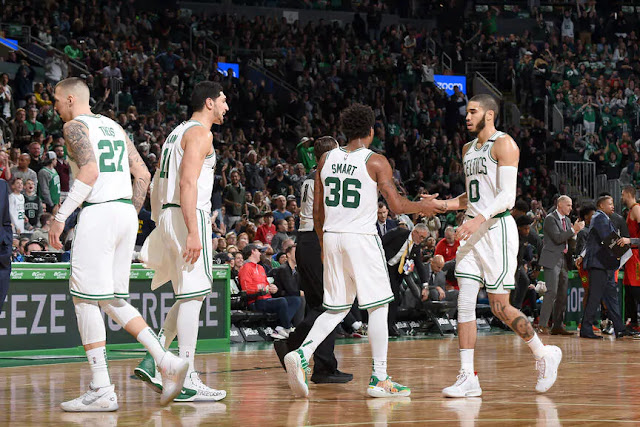 The current Philly roster seems to be the antithesis of what we see with the Boston Celtics. The Boston Core-5 of Gordon Hayward, Jaylen Brown, Jayson Tatum, Marcus Smart and Kemba Walker is small by Philly standards, but they are all willing, and effective, 3-point shooters. And while most of the 76'ers' offense is generated by Simmons, Kemba, Marcus and Gordon have always been facilitators, and the Jay Team has followed suit very nicely this season.

Just how bad were the Sixers against the Rockets last night? Take a look at this morning's headline from the Philadelphia Inquirer's Keith Pompey:

The headline defines the 76'ers woes very well. While the Boston Celtics have been operating like a well-oiled machine, Philly's play seems to be awkward and disjointed. And they lack a consistent 3-point attack. We can add the fact that there are at least traces of discord among the Sixers' troops, evidenced by Horford's latest proclamations.

Boston was victorious over the Hawks last night (109-106), and the Celts hold on to second place in the Eastern Conference. And there is no indication of the grumbling we heard from the Guys in Green last season. Things are clicking for the Celtics while the Sixers are mired in confusion and discord. This seems to be a good season to be a Celtics fan - and to write about them.