Are Celtics "one year away" - or one player away - from serious contention?

By Tom Lane February 26, 2020
In this morning's NBA TV broadcast, analyst Candace Parker gave her thoughts on the Eastern Conference race, specifically between the Boston Celtics and Milwaukee Bucks. Parker indicated that Boston could certainly give Milwaukee a scare in the post-season, with their cast of defenders' ability to effectively slow down Giannis Antetokounmpo. But Candace added that she still felt that the Celtics were "one year away" from serious contention for a Championship. 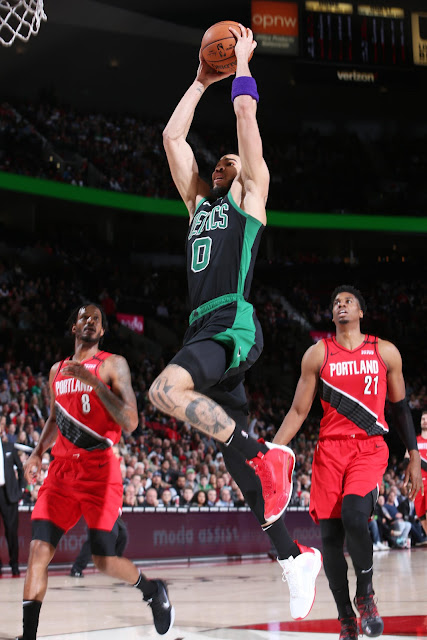 After Boston's 118-106 win over the Portland Trailblazers last night, the Celtics sit in third place in the Eastern Conference with a 40-17 record, behind the Bucks at 50-8 and Raptors at 42-16. Parker applauded Boston's ability to cover The Greek Freak, while Shaquille O'Neal thought that stopping all of the other Milwaukee players was the ticket to success.

In the end, the Celtics appear solid one-through-six. They very well may have the strongest top-6 in the NBA in Kemba Walker, Marcus Smart, Jaylen Brown, Jayson Tatum, Gordon Hayward and Daniel Theis. The argument could be made that Boston has a full squad of tough defenders to handle both Giannis and his accomplices. Brad Stevens continually inserts his subs into games - not only in garbage time, but during critical points in the game, but The results have been inconsistent.

Enes Kanter has seemingly taken a step backwards - Romeo Langford has shown signs of defensive expertise, but the sample is too small to rush to any conclusions. The issue is that the back-ups just can't seem to put points on the board. Boston's bench scoring was 28th in the League when last checked.

The two mainstays of the Boston bench used to be Smart and Kanter. Marcus has been forced to take a starting role with Kemba Walker on the shelf, and we already talked about Kanter's regression. Is Parker right about the Celtics being "one year away", or are they one player away?

In today's NBA, injuries are a given factor. They will happen. Boston's strength one-through-six is impressive, but things get iffy beyond that. One current Celtic (beyond the top-6) needs to prove his potential worth in a long, post-season run, and a free-agent or buyout pick-up may be a necessity. Evan Turner could possibly be bought out by the Timberwolves, and Isaiah Thomas remains a free agent. Danny Ainge may be reluctant to rock the boat, but an acquisition seems mandatory.