Celtics vs. Rockets tomorrow - Battle of the Lilliputians?

By Tom Lane February 10, 2020
With Houston's version of Gulliver, Center Clint Capela, off to Atlanta via trade, Mike D'Antoni's seems bent on running his band of Lilliputians down the throats of all opponents. Well, one of Mike's first tests will come tomorrow night against the Boston Celtics, who often put out small lineups of their own. 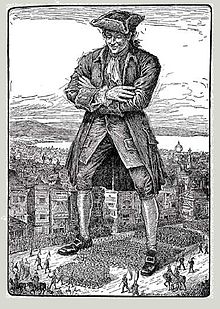 Houston's top-8 players in minutes run the gamut from 6'3 guards Russell Westbrook, Austin Rivers, Eric Gordon and Ben McLemore to new-acquisition (and tallest of the eight), 6'7" Robert Covington. Their center position is usually covered by 6'5" P. J. Tucker. Make no mistake - not only is this team vertically-challenged, but they also are not very defensive-minded. They have a fast, run-and-gun mentality - and let things fall where they may.

Houston Coach Mike D’Antoni says beating the Lakers on the Rockets’ first night with their super-smallball lineup helps sell this experiment even within the locker room. Said if they had gone out and gotten “spanked” tonight it would have deflated everyone.

Boston currently goes 10-deep with players logging more than 15 minutes/game. Their Core-5 ranges in height from Kemba Walker at 6' to Jayson Tatum at 6'8". The Celtics starting center is usually 6'8" Daniel Theis, and the only regular to hit the true big-man mark of 6'10" is Enes Kanter. While D'Antoni uses the 6'5" Tucker at the 5-spot, Brad Stevens has used 6'3" Marcus Smart, 6'6" Grant Williams, 6'6" Semi Ojeleye, 6'8" Daniel Theis and 6'10" Kanter in the middle - and will most likely continue to do so. It all depends on the matchup. 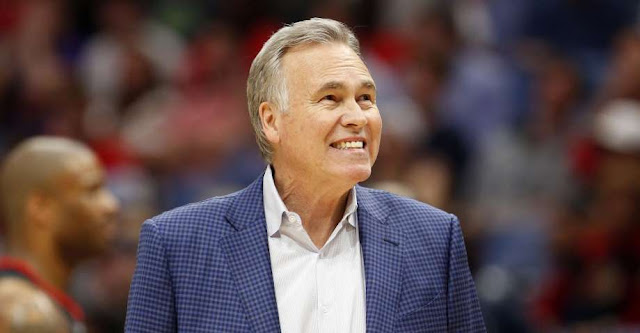 Expect to see the Rockets small-ball, run-and-gun offensive attack versus the Celtics slightly-larger, more-balanced offensive/defensive effort tomorrow night. D'Antoni has promised not too blink too quickly and change his lineup if things go wrong (per NBA Clips on Facebook):

"When we're getting to the rim, it's pretty devastating, so they better beat us up inside pretty well before we have to change," D'Antoni said. "We won't blink too quick."

This could be an interesting game!