By Tom Lane February 24, 2020
Observers of yesterday's playoff-atmosphere contest between the Boston Celtics and Los Angeles Lakers knew that Enes Kanter's stint on the hardwood would not be an extended one. He entered the game at the 2:56 mark of the first quarter, and less than half-a-minute later had the ball taken out of his hands by Kantavious Caldwell-Pope.

It’s a one point game!

Things went downhill for Boston after that costly turnover. Lakers point guard, Rajon Rondo, decided to show his former team why they should never have traded him. In the final two minutes of the quarter, he scored two points and assisted on four others, while also grabbing one rebound. By the end of the period, the score had gone from 18-17, pre-Kanter-turnover, in favor of LA to 28-19 with Boston trailing by nine points.

Kanter is averaging 18.1 minutes per game for the season, but that number has dropped to 10.6 MPG over the last four contests. He only logged five minutes in the Celtics 114-112 loss to the Lakers - failed to score, but took down two boards. Over the 4-game span, he is averaging two points, five rebounds, 0.5 assists coupled with 1.5 turnovers per game. Enes has played for five NBA teams during his 9-year career, and he is known for his rebounding and inside scoring abilities. The rebounding remains, but over the last four games, he has shot 3-of-12 from the field. 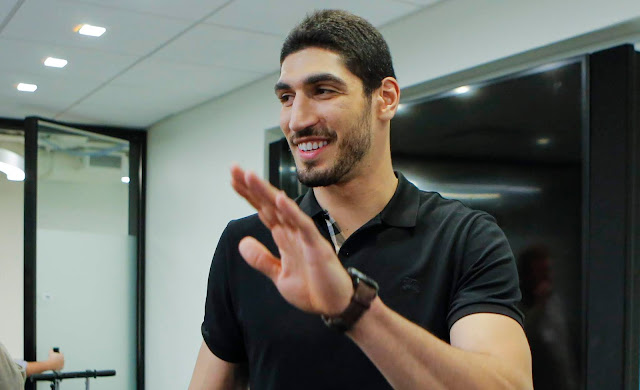 Kemba Walker's knee injury has forced Marcus Smart from his bench role to that of starting point guard. Previously, Smart and Kanter were the mainstays of a Celtics bench that appeared adequate for any post-season run. But it is noteworthy that the Celtics possess the third-lowest ranking for bench scoring for the 2019-20 season. And their assists from the bench sits in the 23rd slot, League-wide.

The Celtics bench only managed to score 11 points in the loss last night, 30 points fewer than Jayson Tatum's 41. Enes Kanter, who averages 8.8 PPG and 57% accuracy from the field for the 2019-20 season, did not attempt a shot against the Lakers. It is unsure whether Kanter's slump is due to injury, a drop in confidence or lack of focus, but Celtics fans should hope that his regression is short-lived. The truth is that he seemed to be over-matched against the Lakers offensive attack, and it was quickly obvious that he wouldn't last long on the floor. Whether Brad Stevens has lost faith in the Turkish big man remains to be seen. The Lakers have the second-best record in the NBA, and perhaps the most-potent pairing of Lebron James and Anthony Davis. But that is the level of opposition that Boston will face if they make it to the Finals. They need a better bench.